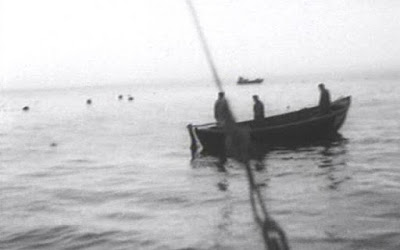 Earlier this autumn, the Estonian World Council (ÜEKN) submitted an appeal to the Riigikogu seeking to have 19 September officially declared a Day of Remembrance to mark the mass exodus of Estonians fleeing occupying powers in 1944. The Constitutional Committee of the Riigikogu, however, wants to leave the decision up to the next Riigikogu, which will enter office following the 2019 general election next March.

"As the powers of the XIII Riigikogu are set to expire soon, then I do not believe it is reasonable to introduce a debate regarding the addition of a new national holiday to the Public Holidays and Days of National Importance Act," Chairman of the Constitutional Committee Marko Pomerants (Pro Patria) said in response to the ÜEKN's proposal.

Pomerants is of the opinion that the matter should be addressed by the Riigikogu to be elected next March, if it should so decide, and recommended systemically reviewing the national holidays already listed in the current Public Holidays Act.

The ÜEKN sent the Riigikogu an appeal in which it proposed declaring 19 September an official Day of Remembrance of the mass exodus of 1944, 75 years ago next autumn.

"Tens of thousands of citizens of the Republic of Estonia were forced at the time to undertake a journey into the unknown in order to save their own lives," the ÜEKN wrote. "This journey did not end happily for everyone, and to this day the exact number of Estonians to perish en route remains unclear."

The appeal noted that this event, which was sad and tragic for Estonians around the world, unfortunately has yet to be officially recognised with a national day of remembrance. The authors of the appeal recalled, in contrast, that the suffering of those deported to Siberia are marked by Estonia with two national days of mourning each year, on the anniversaries of mass deportations on 25 March and 14 June.

"Remembering the suffering and struggles in the name of survival of those who fled in 1944 also provides an opportunity to recognise the significant efforts of refugee Estonians in preserving the legal continuity and restoration of the independence of the Estonian state," the ÜEKN wrote. "A Day of Remembrance could become a unifying bridge between local and diaspora Estonians."

The ÜEKN noted that it would be difficult to find a family in Estonia that did not include a single member who fled the country in 1944, and people both in Estonia and abroad feel the need to remember and commemorate this period of difficult decisions that September nearly 75 years ago. "An Estonian proverb even states that without one's past, one has no future," the appeal read. "The ÜEKN hopes that commemorating this Day of Remembrance on 19 September will become an annual custom both in Estonia as well as anywhere else where Estonians live. We are counting on members of the Riigikogu to support our proposal."