On this day the Estonian War of Independence armistice took place

Today 98 years ago ended the Estonian War of Independence when the ceasefire with Soviet Russia came into effect. Today we remember those brave men who fought in the Vabadussõda and gave their lives for Estonia’s independence. 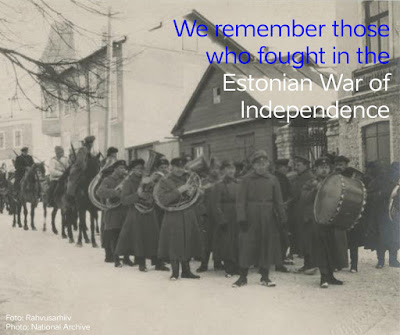 The declaration of independence in 1918, was followed by nearly two years of warfare. The armstice took effect on 3rd January 1920 and the Treaty of Tartu was signed on 2nd February 1920.
Posted by Tania Lestal