What is true ancient Estonian food?

Ester Oras is a senior research fellow of archaeology and analytical chemistry at the University of Tartu and recently published this article. The article was first published in Postimees (in Estonian) under the title: 'Ester Oras – mis on tõeline vana eesti toit?' Oras's work involves researching the molecule deposits fouind in human bones and pottery that helps us understand what our distant ancestors ate.

You can read the English version of her article here. 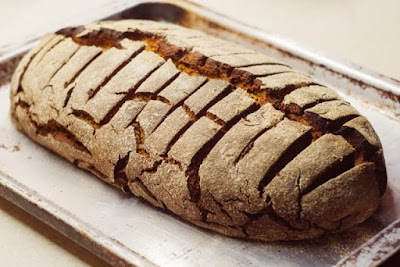 Every nation and region has its own pride in the culinary field – such as a historically developed favorite or a trademark-status edible article. What would be the Estonians’ so-called “own” food?

The first thing to come into most people’s minds would probably be black bread, made of rye. But exactly how ancient is this “old Estonian thing”? Is there anything or anybody that could compete with black bread, at least in history? And how deep do the roots of our modern eating habits go?

The answers most overarching in time come from the field of archaeology, especially studies of ancient food culture combining the latest analytical methods of chemistry, biology, geology, and physics, allowing us to look back at the coming of age of our menu, spanning thousands of years.

A short history of rye

In fact, rye has the shortest history of the cereals growing in our geographical location. The first local cereals were barley, wheat, and oats instead. Pollen diagrams indicating early cereal cultures go back 4,000-5,000 years.

Barley grains with direct radiocarbon dating found in a former fortified settlement at Asva, Saaremaa, and Iru near Tallinn originate from the Bronze Age about 1,000 years BCE.

Nevertheless, rye as an important food culture took root (pun not intended) in local areas no earlier than in the Middle Iron Age (500-600 BC), with a sudden jump in popularity when the Vikings made waves in the Baltic Sea area, as well as in the whole of Europe.

The overall cooling of the climate, as well as the spread of slash-and-burn cultivation of fields in less easily cultivatable areas are thought to be the causes. Of course, a slightly more modest “age” doesn’t lessen the iconic status black bread has in our culture. However, from the age perspective, good old and tasty karask, made of barley, as well as whole-wheat white bread, should be included on the pedestal as well. 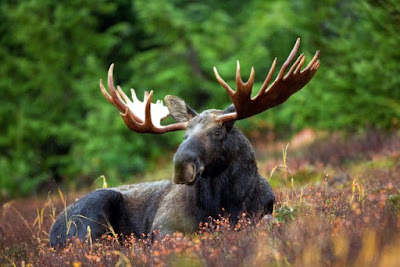 Game animals, such as moose, were the main source of food at the earliest known
settlements in Estonia.

So, archaeologically speaking, grains are a rather late addition to our menu. Instead, animal bones from the Mesolithic period (approx. 9,000 BCE to 5,000 BCE), discovered at the earliest known settlements in Estonia, show that various animal products had the main role – it looks like a paleo diet, indeed! Game animals, such as moose, deer, and wild boar, were important, but a considerable amount of food was made from various fish and marine mammals, including seals.

Lipid residue analysis of the earliest pottery found in Estonia (Narva ware pottery, from ca. 5,000 BCE) resulted in finding specific biomolecules (biomarkers) linked to aquatic organisms. The knowledge that fish is good for you was probably there even in the Mesolithic days: probably not at the level of omega-3 fatty acids, but fish was very likely seen as a nutritious and protein-rich food that also provided useful by-products, such as lamp oils, ointments, etc.

Adoption of pottery as an important cultural innovation was most likely the result of the development of extensive fishing, also coping with seasonal abundance of fish. The latter led people to find novel ways for processing and preserving this essential food source. In fact, the latest studies show that the notorious Swedish surströmming (fermented herring) has its roots in the Stone Age as well. 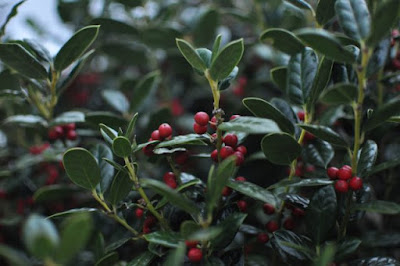 Without a doubt, various plant products were a considerable addition to our menu: in the Stone Age these came mostly from the forest (berries, mushrooms, nuts), and in later periods cereal cultures were developed.

So it would be wrong to claim that our food history has purely carnivore undercurrents. Instead, it’s quite likely that meat products weren’t a major part of our everyday food pyramid. Meat and other animal products are often linked to special events and rituals, as well as the elitist food culture. However, stable isotopes measured in human bones and lipid analysis research of ceramic vessels show that in ancient times plant-based food wasn’t entirely the main thing either.

Thus, we didn’t grow up exclusively on a diet of flour porridge and bread. Here it might be suitable to highlight studies of early hominids – the ancestors of Homo sapiens (the smart human!) – linking the development of brain and cognitive abilities with an intake of animal products, especially bone marrow.

This doesn’t mean that eating lots of meat would necessarily improve one’s mental abilities, but surely animal products have lots of essential ingredients, the lack of which could lead us both mentally and physically into danger, as these are difficult to compensate with purely plant products. The moral of the story: keep on following the age-old wisdom and eat in a balanced and modest manner!