Johannes Carl Assmuth: the man behind the winning choir of the first Estonian Song Festival

As the 150th anniversary of the Estonian Song Festival approaches, now is the time to take a look at its history. The event originally began in Tartu as a competition for male church choirs and brass bands and has since bloomed into something much bigger and spectacular. Today,  male, female, children and mixed choirs  participate in the event dressed in the national costume. 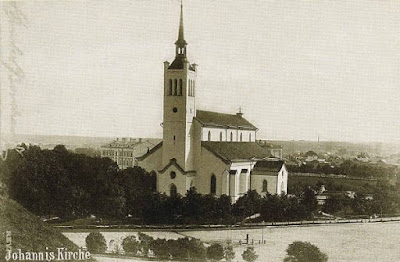 
Singing has always been apart of Estonian culture and Estonia can boast one of the largest collections of folk song in the world.  Johann Voldemar Jannsen initiated the first Estonian Song Festival as part of the Estonian National Awakening movement. His daughter Lydia Koidula penned the lyrics “Mu isamaa on minu arm”, a song that performed regularly to this day.

For centuries the church played an important role in Estonian lives. Local parishes were the keepers of family records and song often united people. By the 1860s the men's choir at St. John's Church in Tallinn had earned itself a reputation of producing fine singers. The cantor of that church Joahnnes Carl Assmuth (my fourth great uncle) was a respected man in Tallinn at the time and was the head of the men's choir. When his church heard the news about the first ever Estonian Song Festival they decided to take part in the event. It wasn't an easy task however, they had to borrow wagons for the journey to Tartu, which in those days took four days. It was well worth it though for they won the competition!

Elfriede Lender, the founder of the first Estonian-language girls' school in Estonia and wife of former Tallinn Mayor Voldemar Lender, had this to say about Johannes Assmuth:

'I liked the clerk of St. John's Church, Assmuth, who looked like a clergyman with his intelligent face and great beard. He was a well-known figure in Tallinn and considered to be a great story, especially as he had the same surname as one of St. John's Church's teachers (Alexander Carl Woldemar Assmuth (1845 - 1929). People used to talk about them having the same family name and differentiated them by saying the teacher was German and the cantor was Estonian'. 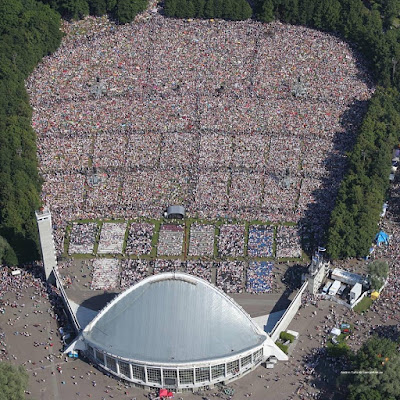 The Estonian Song Festival is a truly wonderful event cherished by all Estonians. Every five years the event takes place and sees tens of thousands of people singing together. It is a magical, emotional and deeply enriching spectacle to behold.