Following on from my last entry, here are some useful terms and facts relating to death in Estonia.  Currently the Estonian death rate stands at 11.9% per 1000 of the population. According to the latest figures released by the Estonian Bureau of Statistics, over 14,000 people died in Estonia last year. 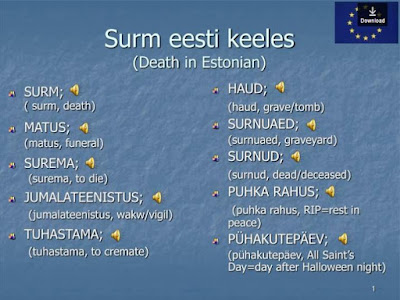 
Traditionally Estonans prefer to be buried rather than cremated and their are certain customs associated with that. Preparing the body for the burial and selecting the right clothes is very important. After the funeral a feast follows in honour of the departed. It is also common in Estonia to take photographs at funerals as it is generally one of the few times, apart from weddings, when the whole family gathers. 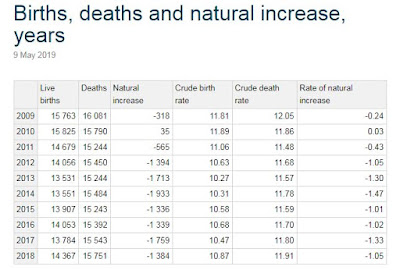