The United States and Europe need a new rulebook for Russia 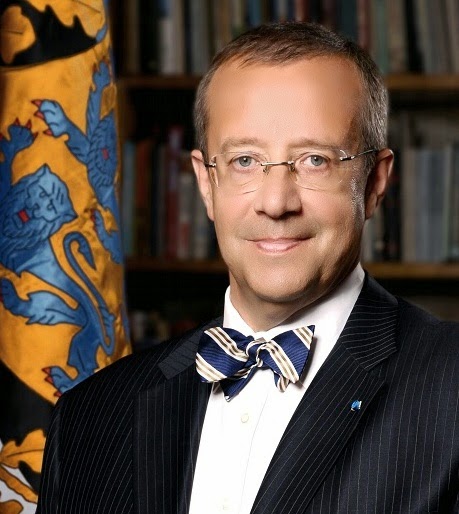 Russia’s aggression in Ukraine marks a paradigm shift, the end of trust in the post-Cold War order. This order, based on respect for territorial sovereignty, the integrity and inviolability of borders and a belief that relations can be built on common values, has collapsed. International treaties no longer hold, and the use of raw force is again legitimate. In its annexation of Crimea, Russia has thrown the rulebook out the window. The world is back in a zero-sum paradigm. This is not about only Crimea or relations between Ukraine and Russia. The shift has changed the assumptions underlying European security and dealings between democratic states and Russia.

Ongoing events in Kiev, Donetsk and Crimea put the international community’s relationship with Russia on a new standing. Justification of a military invasion by a fabricated need to protect ethnic “compatriots” resuscitates the arguments used to annex Sudetenland in 1938. For U.S. and European Union leaders, a Churchillian moment has come. We need to rise to the occasion with strength, clarity and speed.

Short- and long-term steps must be taken. In the aftermath of the 2008 war in Georgia, the world assumed that conflict was an ambiguous one-off, and we quickly returned to business as usual. Now, however, we know that we are witnessing a principle and a policy of restoration, announced at the highest levels of the Kremlin.

This is a time not for panic but for a calculated response to an explicit revision of the post-Cold War order. There is, after all, a toolbox for dealing with such challenges.
First, we must act decisively within NATO. Sen. Richard Lugar’s erstwhile dictum thatNATO had to go out of its area or would go out of business no longer applies. Clearly we are back in area. We need to get back in business. NATO’s raison d’être is to defend its members and their territory. Steps must be taken immediately to ensure a NATO presence across the alliance’s territory. A 1930s-style war hysteria has taken hold in Moscow’s official media (Russia is the only country able to reduce the United States to “radioactive ashes,” the head of Russian state TV announced recently); in this environment, only a calm but firm commitment to deterrence can be the immediate response.

Recognizing that this challenge will remain for the medium to long term, a refocus on NATO’s core responsibility should be the aim of the September NATO summit in Wales. This must go hand in hand with greater investments in defense by European allies. Maintaining 2 percent of gross domestic product for defense must become a major benchmark of allies’ commitment. Allies in Europe need to wake up and realize that meeting that target is vital to giving credibility to deterrence and for revitalizing the transatlantic relationship.

Second, neither the aggression in Ukraine nor the illegal annexation of Crimea can become cost-free successes. I am appalled that, for several weeks already, some have been discussing where in Ukraine Russia may hit next. In addition to military pressure, Russia continues to try to undermine Ukraine politically and economically. Political support, economic assistance and practical know-how must be extended to the Ukrainian government as much as possible. Doing so is in Europe’s interest. There must be no question about our commitment and clarity of purposes in this regard. Ukraine requires our strong support. We must remain committed to helping as much as we can. Moldova and Georgia must also be assisted and reassured.
The Russian Federation’s practice of instant citizenship, whereby Russian passports are distributed willy-nilly to ethnic Russians abroad so they can be “protected” in their current homeland, is unacceptable. Passports are travel documents, not a tool to justify aggression. What has been practiced recently in Ukraine, and in 2008 in Georgia, could be repeated in Prague, London or Brooklyn.
Third, Russia has to pay a price for its aggression. This is a matter of credibility of the international order, an order that, if it disintegrates into the “anything goes” model, will wreak havoc on international relations and peace and stability. Policies of positive engagement with Russia must be reconsidered in a number of international organizations, including at the United Nations, the Organization for Security and Cooperation in Europe, the Council of Europe, NATO and the European Union. Our response to Russia should not be about the price of gas; it must be about respect for common values. Any economic sanction is cheaper than military intervention. Nothing costs more than the loss of freedom.
In years past, the transatlantic alliance has withstood some difficult challenges. Today, we face the most difficult one in generations. The lights of liberty are being extinguished in parts of Europe. We must take decisive and united steps to ensure that future generations do not question why nothing was done and why we didn’t act when so much was at stake.