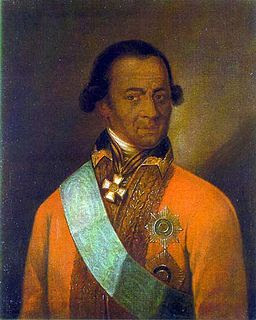 There are many fascinating stories that fill the history pages of Tallinn.  Perhaps one of the most interesting is the life of Abram Petrovich Gannibal. He was an African boy who escaped a life of slavery and went on to live a priviledged existence in the Russian court. Whilst most Estonians were bound to lords of their manor at this time, Gannibal enjoyed freedoms that most Estonians did not.

Born in Central Africa some time between  1696–1698, Abram was kidnapped as a child and taken to Russia to serve in the royal household. He was presented as a 'gift' to Peter the Great who took a liking to his intelligence and had him freed. Peter the Great then adopted Abram and had him raised in the Russian Court as his godson. Abram was baptized in 1705, in St. Paraskeva Church in Vilnius. The date of Abram’s baptism was used as his birthday because he did not know his actual date of birth.

Abram valued his relationship with his godfather, as well as that of Peter’s daughter Elizabeth, and was loyal to them as if they were family. Starting at a young age Abram would travel alongside the Tzar during his military campaigns, serving as his godfather’s valet.

Abram received a good education He was fluent in several languages and excelled in mathematics and geometry. In 1718 Abram joined the French Army with hopes of pleasing his godfather by expanding his learning in military engineering. He enrolled in the royal artillery academy at La Fère in 1720. It was during his time in France that Abram adopted the surname "Gannibal" in honour of the Carthaginian general Hannibal (Gannibal being the traditional transliteration of the name in Russian).

After the death of Peter the Great in 1725, Prince Menshikov gained power in Russia. Menshikov was not fond of Gannibal and had him exiled to Siberia in 1727. In 1730 Gannibal  was pardoned and his technical skills were put to use. He worked on many construction projects in Siberia and became a master engineer.


In 1741 Peter's daughter Elizabeth became the new monarch of Russia. Abram became a prominent member of her court during her reign and rose to the rank of major-general.  Empress Elizabeth placed much faith in Abram and made him mayor of Tallinn in 1742. He held that position until 1752. A letter signed on 22 March 1744 by "A. Ganibal" is held at the Tallinn City Archives. In 1742, the Empress Elizabeth gave Abram the Mikhailovskoye estate in Pskov Oblast with hundreds of serfs. He retired to this estate in 1762. 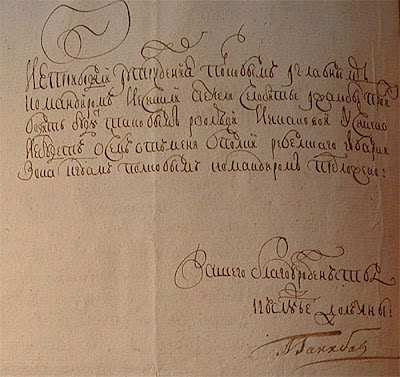 Letter signed by A. Ganibal on 22 March 1744. Tallinn City Archives.

Abram married twice. His first marriage was an arranged one and was quite volatile. His Greek wife Evdokia Dioper despised her husband and had a string of affairs from the onset of  the marriage.  When Abram found out that she had been unfaithful to him (Dioper gave birth to her lovers' white child), he had her arrested and thrown into prison, where she spent eleven years. After they divorced Dioper was sent to a convent for the rest of her life. 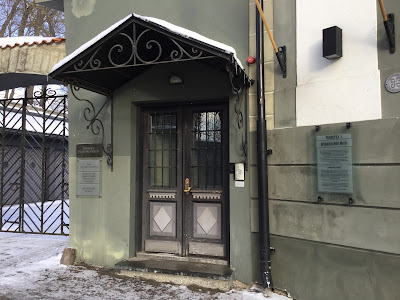 His forner residence in Tallinn. 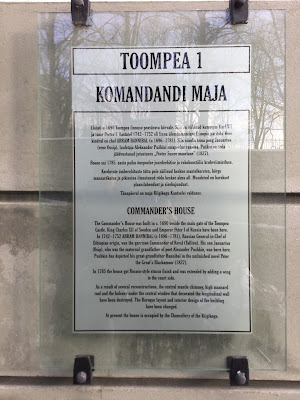 Abram's second marriage was a much happier one. He married Christina Regina Siöberg in Tallinn in 1736 and they had ten children together.  Abram appreciated Christina's fidelity and affection towards him and they lived a happy existence. Many of Abram's descendants can still be found in aristocratic circles today. In England,  Natalia Grosvenor, Duchess of Westminster and her sister, Alexandra Hamilton, Duchess of Abercorn. George Mountbatten, 4th Marquess of Milford Haven, a cousin of Queen Elizabeth II are all desceded from him. 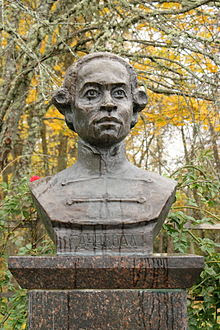 Perhaps one of his most famous descendants is his great-grandson, Russian author and poet Alexander Pushkin.