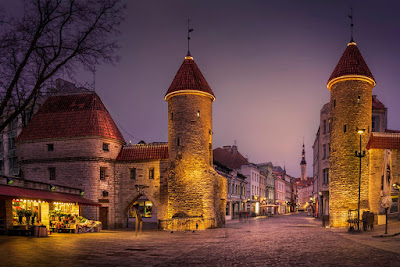 Estonia is to celebrate a very special anniversary this year. Festivities will take place across the world to mark the centenary anniversary of the independence of the country. The official programme of commemorations from ESTONIA 100 will feature a wide range of events that cover everything from heritage to design, music, and nature.

“The centenary is celebrated around the world and the Estonia 100 international programme is Estonia’s greatest cultural export project so far,” Jaanus Rohumaa told Lonely Planet. “In addition to the domestic programme, the celebrations will bring around 200 events to 30 countries around the world, introducing Estonia and its culture globally. Undoubtedly one of the greatest events will be World Cleanup Day on September 15, 2018, which will be a gift from Estonians to the world.”

Estonia’s capital Tallinn was named as one of the best value destinations in 2018 by Lonely Planet’s Best in Travel. Half of the country is populated by forest and encompasses over 2000 islands.