Today marks 70 years since the March deportations in Estonia. In 1949 Estonia lost 3% of its population when the Soviet army forcibly removed over 22,000 people from their homes and sent them to remote parts of Siberia. Many of them perished in the harsh conditions, some were lucky to make it back home. In total Estonia lost 20% of its population due to the Soviet occupation that lasted 51 years. 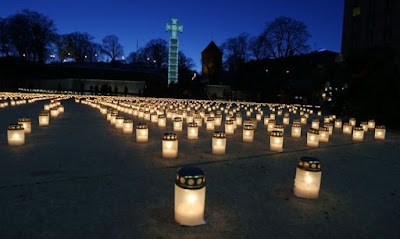 Memorial events will take place all over Estonia today and in Estonian communities abroad. We will never forget.
Posted by Tania Lestal