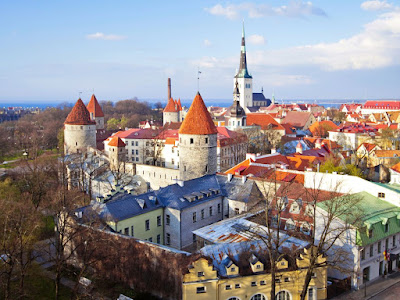 This year marks a milestone in Tallinn’s history.  On the 15th of June the city will celebrate its 800th anniversary, commemorating its first recorded mention.

Tallinn was first mentioned in 1219 in the Livonian Chronicle of Henry. The chronicle describes when the Danish fleet led by King Valdemar II landed near Lindanise Castle (Toompea Hill) in June 1219. According to the chronicle a battle took place there on the 15th of  June 1219 where the Danes achieved a difficult victory against the Estonian forces.

The city of Tallinn got its name during this time of Danish rule. In Danish Tallinn means 'Taani-linn' - Danish-town.

Tallinn will celebrate the 800th anniversary of its first recorded mention with different outdoor events, exhibitions and themed festivals.