If you've enjoyed the novels no doubt you'll be keen to see the films but you will have to wait until next year to see the first installment of Apothecary Melchior on the silver screen. Based on the books by Estonian author Indrek Hargla, Apothecary Melchior is a series of seven novels set in medieval Tallinn  during the 15th century. Melchior is a detective pharmacist who suffers from a family curse and only love can save him. The first three novels will be made into feature length films, with the first to be released next autumn. 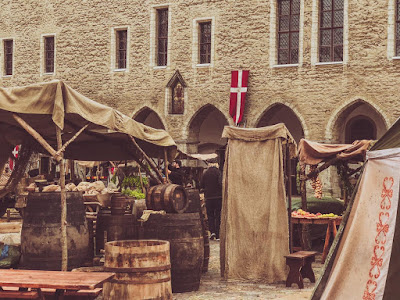 Film scene from outside Tallinn's Town Hall.
In recent days a lot of filming has also taken place in Aida Tänav. 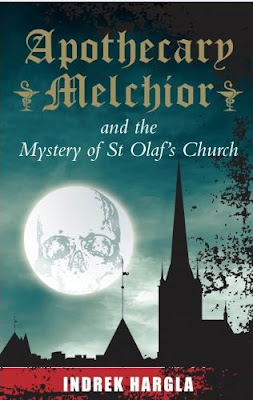 The Apothecary Melchior novels have been translated into several languages including English.
Posted by Tania Lestal