With the recent funeral of Prince Philip it made think about longevity, death, the people I have loved and lost. My grandfather Alexander was born the same year as Phillip (1921) and how wonderful it would have been to see him live into his nineties. Sadly, my grandfather passed away in 1978 at age 58.

I have always felt particularly drawn to cemeteries. It is the one place you can go to, to be near deceased loved ones. Many times while I've been in Estonia, I've visited  the final resting place of family members. They can be found at Kadrina, the Metsakalmistu in Tallinn and Kopli cemetery. For me, Kopli cemetery is quite a sad place as I have no way of knowing where my family are located.

Kopli cemetery was Estonia's largest Lutheran Baltic German cemetery. It was built in 1772 and contained thousands of graves of prominent citizens of Tallinn. During the 1950s the occupying Soviet authorities decided to destroy the cemetery. It was completely flattened,  headstones were removed and turned into building materials. When families discovered this had taken place, they were left absolutely distraught. The final resting place of their loved ones has been desecrated. 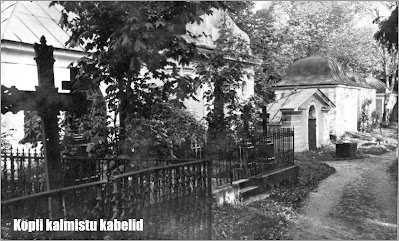 Kopli cemetery as it once was. 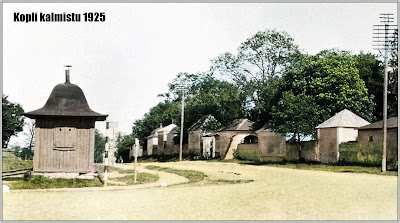 Many members of my family were buried at Kopli cemetery including my grandfather's sister, uncle and cousin. When my grandfather's aunt Anette heard the news that the Soviets were destroying the cemetery, she raced there to rescue her husbands headstone. She managed to save it and when she died in 1961 the family decided to re-use the headstone and inscribe her details on the reverse side.  It was the best thing they could do to ensure that Anette and Hans could rest in peace together. 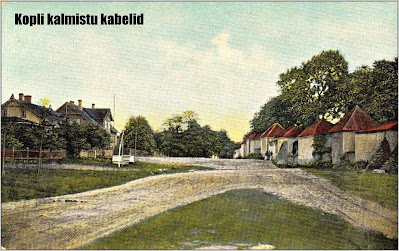 I once walked back from Pirita to Tallinn along the promenade and looking down on the pavement I could see names and dates in the stone. These are some of the headstones taken from Kopli cemetery. Such a dreadful sight to behold. 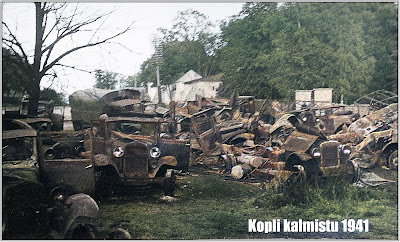 In 1993 Kopli cemetery became a nature conservation area with paths, benches and a children's play area. At the centre of the park is a memorial water cascade. The park is nice and peaceful yet its hard not to feel sad knowing that below are thousands of people in unmarked graves. 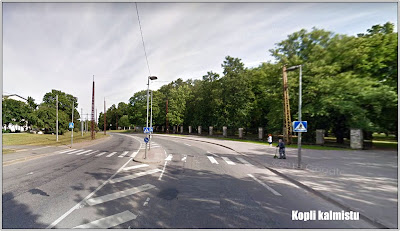