Estonia is celebrating tonight. Not since 2008 has Estonia won gold at the Olympic Games but thanks to the women's epee team, victory was achieved.  This is a fantastic, well deserved achievement which has made the country extremely proud. Over the weekend Katrina Lehis also won bronze in the individual round. Congratulations! 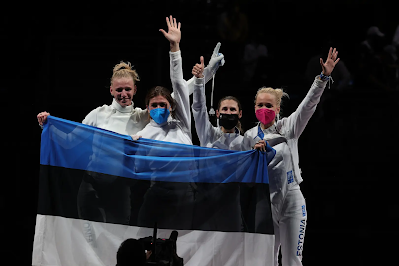 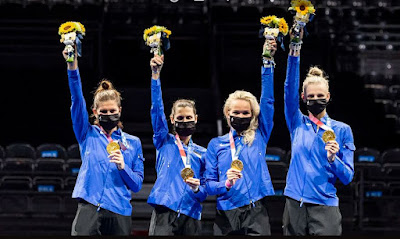 There is a tradition in Estonia that whenever an athlete wins gold at the Olympics, the government gives them the national flag that was flying atop Pikk Hermann Tower on the day that they won. Not sure what happens when four athletes win at the same time. ;)
The official medal count can be found here
Posted by Tania Lestal