Estonia No.1 in EU for reading the longest each day

Estonians love to read and they do it longer than anyone else in the European Union according to a Eurostat study. 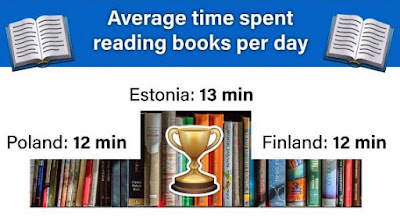 A survey of people aged from 20 to 74 in 15 EU countries between 2008 to 2015 found that the average time spent reading books ranges from two minutes a day in France to 13 minutes in Estonia. In 2016, households in the EU spent over €90 billion or 1.1% of their total expenditure on books, newspapers and stationery. 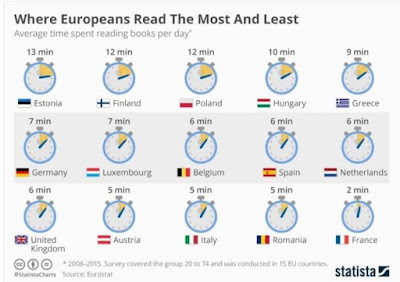