After the Second World War millions of people were left displaced in Europe. Several members of my family were among the Estonians living in displaced persons camps in Germany (Zoo Camp and Pinneberg in Hamburg) until they were granted permission to immigrate to Australia.

Australia was the first country to take in European refugees after WWII. A total of 182,159 refugees made a new home in Australia, mainly Poles, Lithuanians, Latvians and Estonians.  Other countries who extended a welcoming hand and accepted refugees were:
Venezuela - 17,000
Brazil - 29,000
France - 38,000
Argentine - 33,000
Great Britain - 86,000
Canada- 157,687
The United States was the last country to take in refugees. They accepted 400,000 people in total during two separate immigration programs. 137,450 of whom were European Jews. 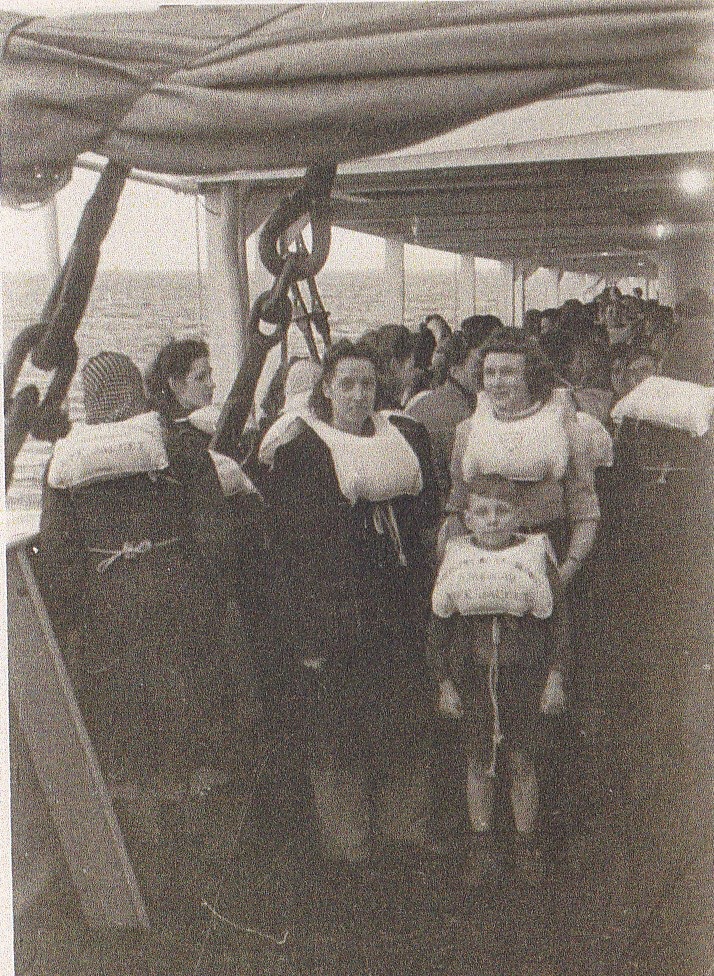 My grandmother Hertha Pralitz (nee Lindser) and her young son Kuno from her first marriage left Europe from a port in Trieste, Italy. They sailed onboard "SS Dundalk Bay" and arrived in Australia on the 16th April 1949.  On the passenger list they were numbers 699 and 700. 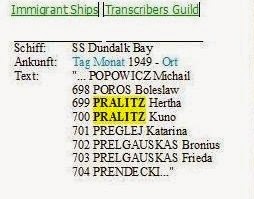 My grandfather Alexander Lestal had left Germany five months earlier and sailed to Australia onboard the "The Protea". It departed from Genoa, Italy and contained 1028 passengers. Prior to WWII my grandparents didn't know each other. They met in the camps and married shortly after arriving in Australia.

My great grandmother Margarethe Lestal was the last to arrive in Australia. My grandfather had to lodge a special application to the Australia government in order for her to join him. She too departed from a port in Italy and sailed onboard the chartered miltary vessel "Marine Jumper." Margarethe arrived in Australia on the 7th September 1949. There were 844 passengers onboard. 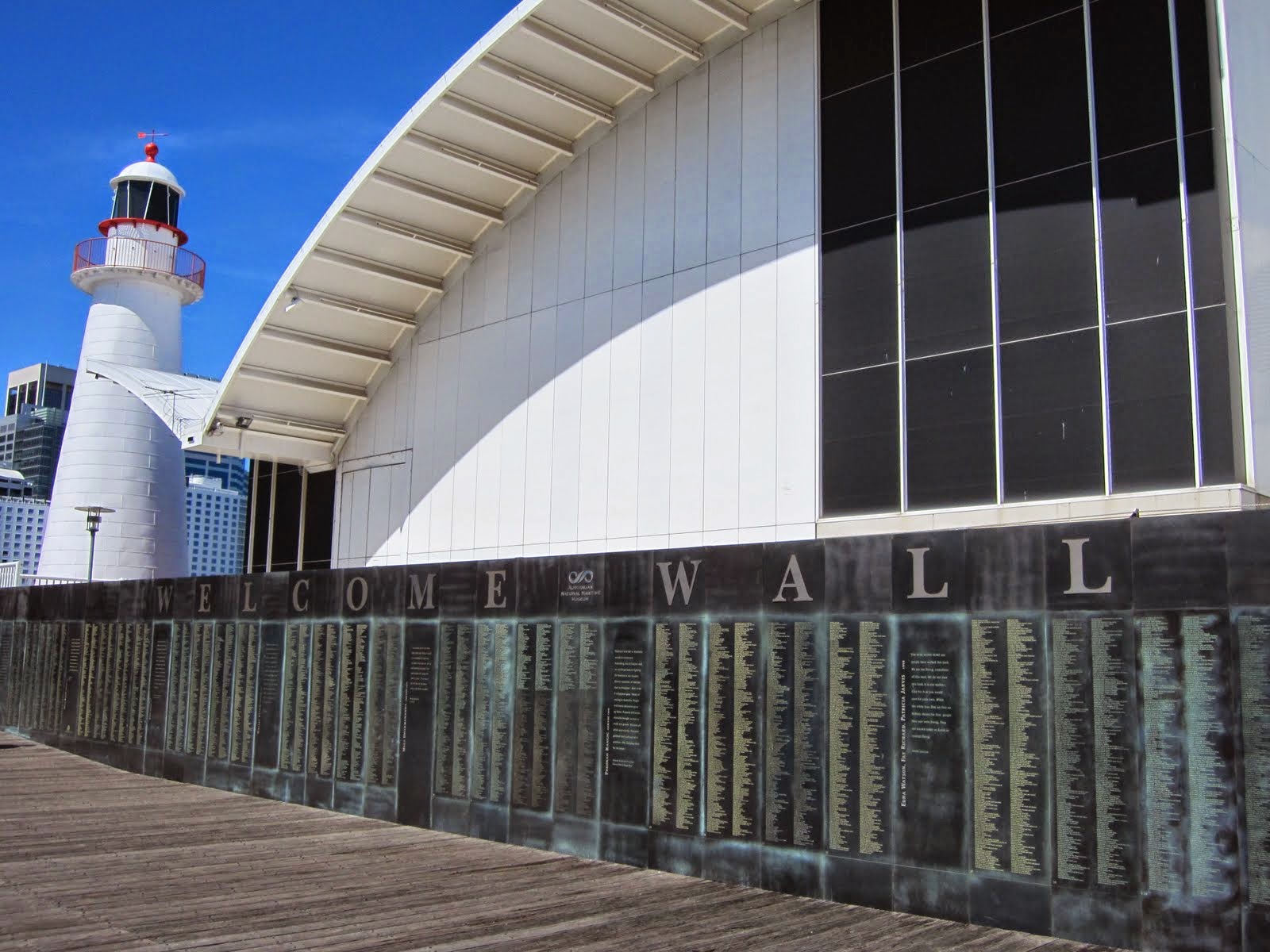 Outside the Australian National Maritime Museum in Sydney is the "Welcome Wall". The wall comprises a list of names of people from all over the world who decided to start a new life in Australia. For a modest fee, people can add a name and commemorate their families' arrival in Australia that can be viewed for generations to come. In 2004, as a gift to my father, I arranged for my grandfather's name to be added to the wall. 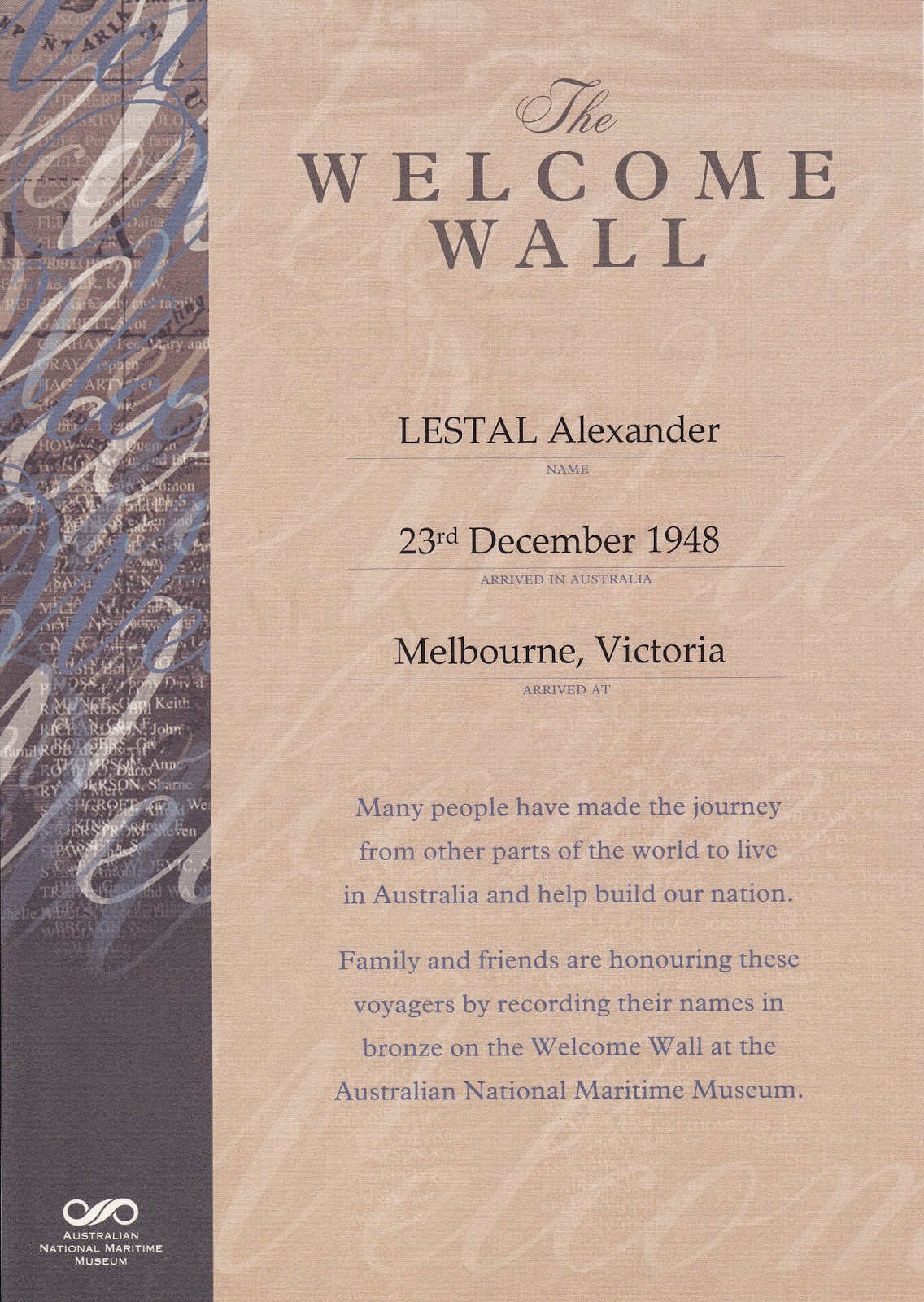