Must See Places in Estonia

First time visitors to Estonia often want to experience all the wonderful things the country has to offer they but don't necessarily know that those things are. One thing I did with my family many years ago was to hire a vehicle and travel around the country for two weeks. We were able to take in the countryside, explore the delights of quaint villages and stay at cute little B&B's along the way.

Here are my suggestions for must see places in Estonia.

The Old Town
The number one place to visit in Tallinn is indisputably the Old Town. With its Gothic architecture, cobbled streets and maze of story book buildings it will both delight you and leave you in awe.  The quaint streets are full of enticing gift shops, cafes and restaurants all beckoning you to enter and sample their wares. 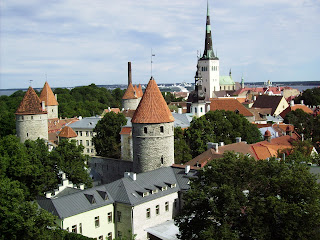 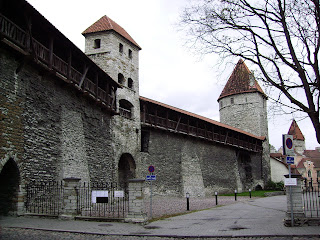 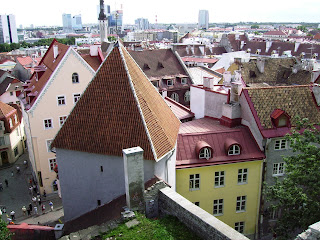 The Estonian Open Air Museum
The Estonian Open Air Museum is located 8km west of Tallinn. It is a full reconstruction of an 18th century village consisting of 72 separate buildings. Spread over some 79 hectares, the museum includes a church, school, inn, fire station, windmills and farms. Visitors can explore each of the buildings and gain an insight into rural Estonian life during the 18th century. 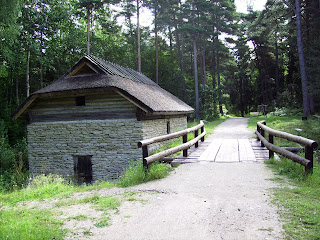 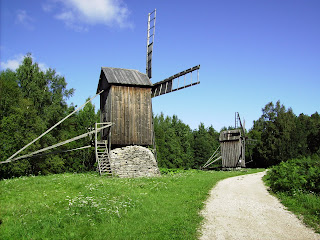 Kadriorg Palace﻿
Located 2km east of the city centre, Kadriorg Palace is the former palace of Peter the Great and now houses The Art Museum of Estonia. 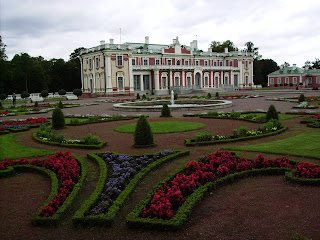 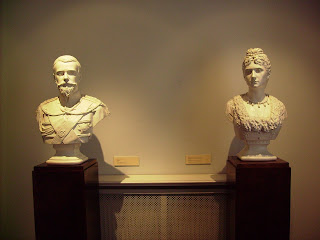 Toompea
A few minutes walk up the hill from the Old Town lies Toompea. Here you will find the Riikikogu, the Estonian parliament building as well as the specular Alexander Nevsky Cathedral which was built in 1894. Viewing the interior of this cathedral is a definite must. 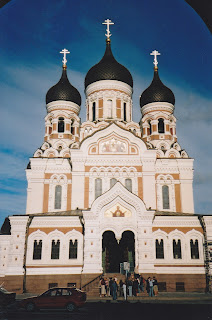 PÄRNU
Pärnu is the seaside resort of Estonia. People from Finland and Sweden like to holiday there for its golden sandy beaches, relaxed atmosphere and world reknown spas. Pärnu is a very patriotic city; if you walk through residental areas you will find the Estonian flag flying on nearly every house. It is also interesting to see that most people have apple trees growing in their backyards and every house seems to own a cat. 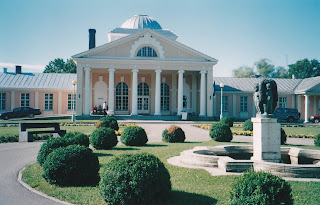 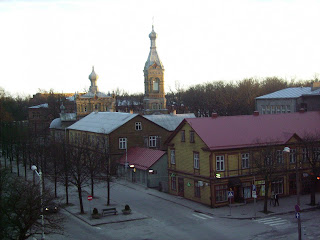 The University of Tartu
One of the oldest universities in northern Europe and the oldest in Estonia, the University of Tartu was established in 1632 by Swedish King Gustav Adolphus and is still thriving as a centre of academic excellence in 2011.  The university is a central feature of the city. My grandfather's cousin Ralf Lesthal was a professor of linguistics here and I am happy to say I have all of his published works. 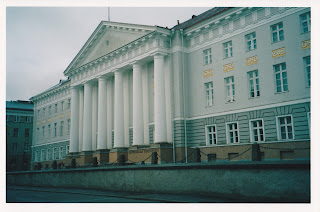 Luke Manor (Luke Mois)
Estonia has many manor houses spread throughout the country. Nearly all of them were built by the wealthy Baltic German landowners who constituted the ruling class of Estonia for many centuries. Many of these manor houses have fallen into disrepair over time and are nowadays either restuarants, museums, derelict or existing as part of a national park. Few of them remain as private residencies. Luke Manor is one such property that is now a national parkland. The manor hourse has been completely destroyed with only the ruins of the steward's house and restored gardener's house remaining today.  When I conducted my family history research I discovered that several generations of my family were the head stewards of Luke Manor which prompted me to visit there for the first time in 2007. I found Luke Manor to be a very charming place to visit. The grounds are nice to stroll around and you can enjoy a relaxed picnic by the pond.  Remnants of the lime tree labyrinth can also be found. Luke Manor is one of the major attractions in the Nõo municipality. 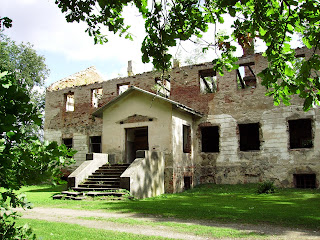 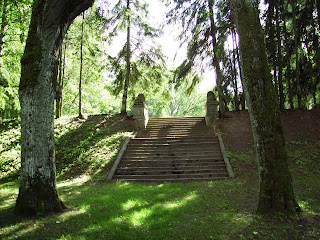 The Estonian National Museum
This museum is a must see for any visitor to Tartu.  It features exhibits of Estonian life throughout the ages, stretching back thousands of years, right from Iron Age times through the bloody wars of the 20th century to today.  No visit to Tartu is complete without a visit to the museum.

﻿The Gunpowder Cellar
Built into the side of a hill between 1768-1778, the premises were used as a storage area before being converted into a resturant and bar. It is a must see for all visitors to Tartu. The atmosphere is relaxed, cheerful and there is always excellent live entertainment! 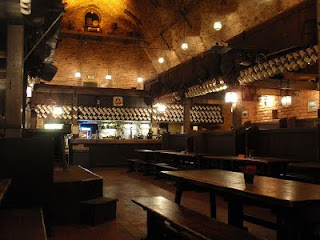 My Favourite Places to Stay in Estonia

This year I plan to spend Christmas in Tallinn. It will be the first time I experience an Estonian winter and although I have a fair idea what to expect, I hope the winter won't be as harsh as in years past. For the week I'll be there I plan to enjoy dining at my favourite restaurants - The Peppersack and Gloria's as well as buying treats from the Christmas markets.

My favourite accomodation in Tallinn is the Old House. I've been staying there for years and never stay anywhere else. The Old House is a wonderful place to stay because it has it all  - serviced apartments, guest house and hostel, accomodation to suit every budget.  My family always stay in one of the serviced apartment which sleeps from 2 - 6 people. Each year more apartments are added to their portolio and we enjoy staying in a different one each time we're there. All of the Old House apartments are centrally located and tastefully decorated making it a perfect home away from home. 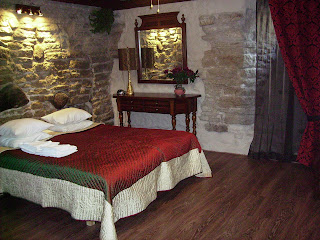 In Tartu I often stay in one of the serviced apartments owned by Cafe Wilde. They are located adjacent to the to Cafe Wilde premises which is in the heart of Tartu. I first stayed there in 2003 when the apartments were first renovated and find them a very comfortable place to stay. Cafe Wilde is a must see whilst in Tartu. The building used to be a publishing house owned by Peter Ernst Wilde in the 18th century.  Today it houses a stylish cafe and bookstore on the ground floor as well as an Irish pub upstairs. Cafe Wilde is named in honour of both Peter Wilde and Irish writer Oscar Wilde which explains the large bronze statue of them outside the premises. 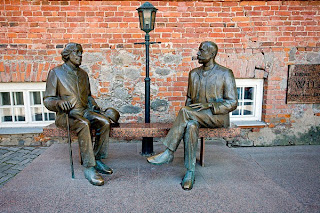 Important Dates on the Estonian Calendar

One thing I have discovered on my previous trips to Estonia is that I have missed some important events on the Estonian calendar due to poor planning. Here are some dates you should add to your diary so you can share in the fun of these festivities during your next trip to Estonia.

As Easter is approaching and families will soon be gathering over the holiday period.. I thought I might share a few of my Estonian recipes.
Pashka (Easter dessert)
Pashka is actually a Russian dessert that is eaten widely in Estonia too.
Ingredients:
750g cottage cheese
1 cup cream
2 egg yolks
½ cup castor sugar
½ teaspoon vanilla essence
2 tablespoons unsalted butter
2 tablespoons finely chopped blanched almonds
Method:
Rub the cottage cheese through a sieve to avoid any lumps. Mix the egg yolks with sugar. Add all ingredients gradually, mixing with wooden spoon, shape into round balls. Serve on plain biscuits or dried bread. This does not need cooking and can be made two days before serving and kept in the refrigerator.

Estonia is a small Northern European country located near the Gulf of Finland and the Baltic Sea that shares borders with Russia and Latvia.

For centuries Estonia has been occupied by Danish, Swedish, German and Russian powers until independence was declared on the 24th February 1918. For 22 years Estonian was a self governing nation with its own parliament the "Riigkogu", currency the "kroon" and national anthem "Mu isamaa, mu õnn ja rõõm". In 1940 Estonia was once again invaded and occupied by foreign forces - Russia 1940-1941, Nazi Germany 1941-1944 then forcibly annexed to the Soviet Union from 1944 until 1991. Restoration of independence took place on the 20th August 1991.

Approximately 1.3 million people live in Estonia with another half a million Estonians residing across the globe in countries such as Germany, Canada, Australia, USA, Sweden and the United Kingdom.

Estonia is divided into 15 counties. Tallinn, Tartu, Narva and Pärnu are four of the largest and most visited cities respectively.

Estonia meets over 90% of its own energy needs from its oil shale.


Estonia joined the European Union in 2004 and fully adopted the Euro on the 1st January 2011.
Posted by Tania Lestal