During the era of German hegemony in Estonia, numerous manor houses were constructed across the country. At the beginning of the 20th century approximately 1250 manor houses existed in Estonia but only 438 of them remain today. Many of them were destroyed during the various wars in time, abandoned and left in ruins or only partially functional.  Since independence was re-established in Estonia in 1991, many of Estonia's manor houses have been restored and are either private homes, schools, hotels or operate as function centres.

The manor house with the greatest significance for me is undoubtedly Luke Mõis / Luke Manor, home to my family for over a century. It was only when I started researching my family history did I discover my link to Luke Mõis. My researcher informed me that my forefathers were the head stewards of Luke Mõis for generations and that many of my relatives were born and died there.

It is not known the exact date when Luke Mõis was constucted but historic records show it was present in the 13th century and was owned by the Lowenwolde family. In my research I have found that my family lived at Luke Manor from 1760 to 1870 after which they moved to Tallinn. In 1920 Luke Manor was nationalised.

Today Luke Manor is one of Estonia's best preserved parklands. It is open to the public all year round and it's hard not to resist its charms.  You can enjoy a stroll along the cascading ponds, rows of elm trees or have a picnic on the grounds taking in the beautiful tranquility it offers.

In 2007 I visited Luke Mõis for the first time and was pleasantly surprised by what I discovered. Although the main building had been completely destroyed - damaged during the Livonian War and then reduced to rubble during WWII, there are still many others things for visitors to enjoy at Luke Manor. The gardener's house for example, has been completed restored and now operates as an information centre and cafe. It's cute exterior resembles a dolls' house. The steward's house still stands but unfortunately it is in ruins. After World War II it was used as a community centre and then school but was later abandoned and fell into ruin.

I was thrilled to learn the news recently that plans are underway to restore the stewards house at Luke Manor. I've been told that the floor has already been layed and the roof is due to be compete by winter with more major works scheduled for next year. Once complete the building will serve as a restaurant and function centre and will become the main feature at Luke Manor. I simply can't wait to see this finished; to be able to walk inside this building, once home to my family would be a wonderful experience indeed! 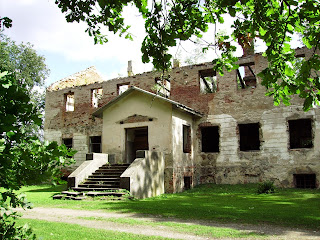 The Stewards House where my family lived for generations. 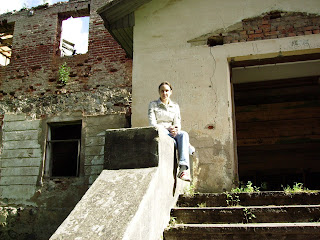 Me sitting by the entrance of the house in 2007.
I'm sure I'm not the only one in my family to have sat there! 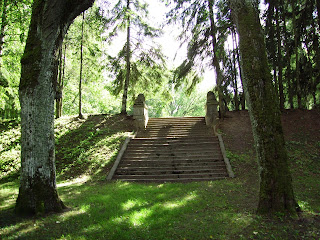 The stairs leading down to the old lime-tree labyrinth. 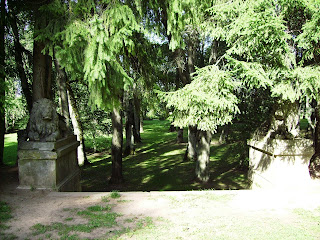 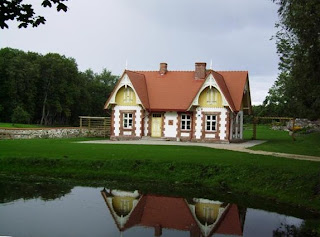 The gardener's house has been completely restored and is now an information centre and cafe. 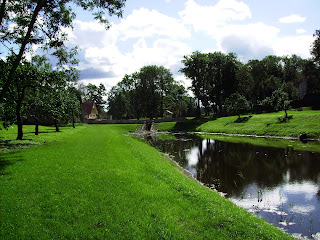 The beautiful parkland is a great place to have a picnic. 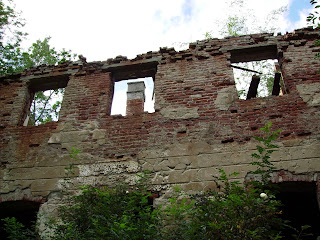 As you can see the Stewards house is in ruins and in urgent need of repair. 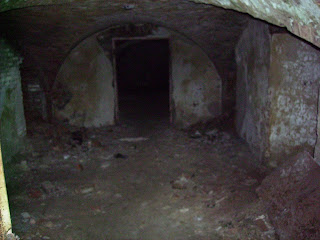 Images of the lower ground floor. 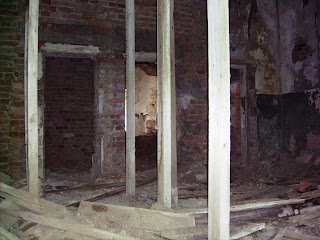 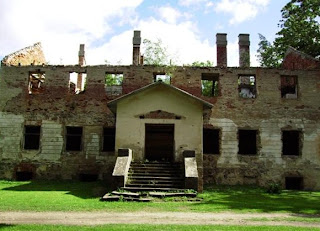 I can't wait to see this building restored!