Voted the best Christmas market in the world in 2019, the Tallinn Christmas Market opened for business last Friday with a beautiful spruce tree from Kuusalu as its centrepiece. The public Christmas tree tradition began in Tallinn 580 years ago and is now a custom practised throughout the world. 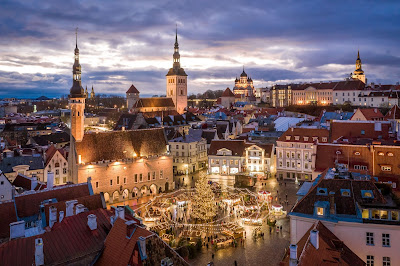 Lots of traditional Estonian food is on offer at the market including roast pork and sauerkraut,  various sausages and soups. Craft mulled wine and homemade jams, preserves and sweet treats are also avialable. 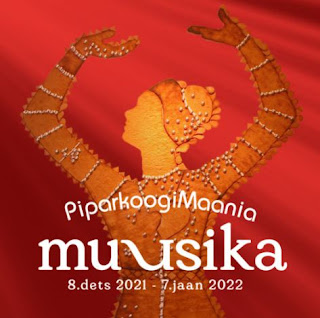 Soon to open for the Christmas season in Tallinn will be Gingerbread Mania / PiparkoogiMaania. This year's theme is 'Muusika'. The exhibition opens on December 8. For more information, please click here.

A nostalgic look at Estonia

I love photographs, especially old ones which capture a glimpse of a bygone era. Every photo tells a story and it's fascinating to study the seemingly trifling details. As the years pass, many things change or disappear in society but thank goodness we have photographs to remind us of what once was! 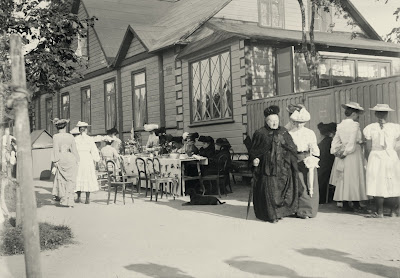 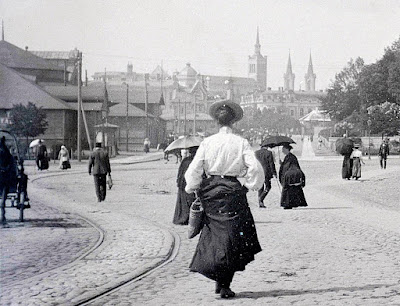 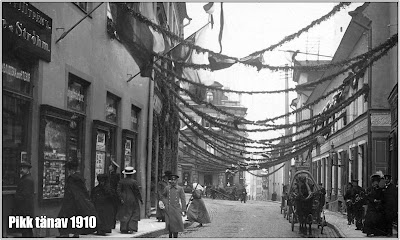 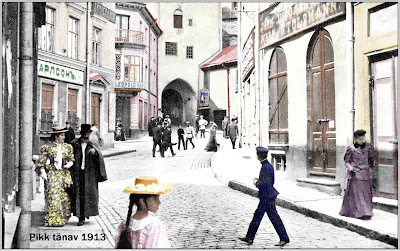 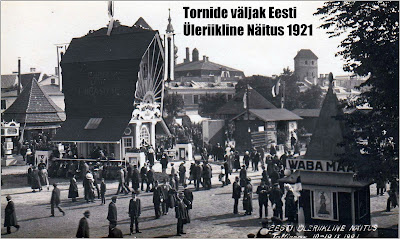 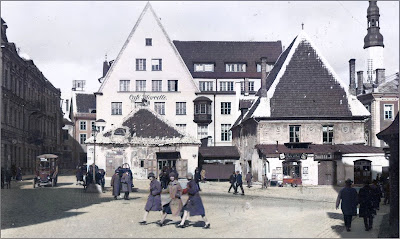 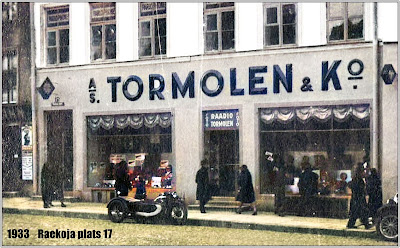 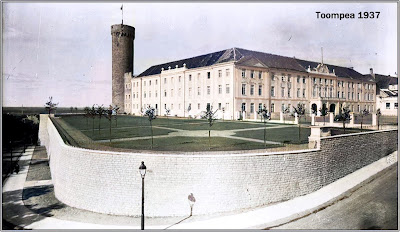 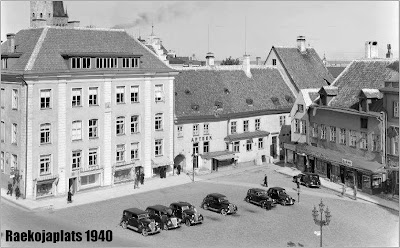 Apteeker Melchior to premier in February 2022

If you have enjoyed reading the medieval detective series Apothecary Melchior by Indrek Hargla then you will probably be keen to watch the film. Apothecary Melchior will be released in cinemas across Estonia next February. Can't wait!
Posted by Tania Lestal

The history behind Estonian surnames

Estonian historian Fred Puss recently gave an interview with Raadio 2 to discuss the historic background of Estonian surnames. It wasn't until the late 19th century that most Estonians acquired surnames, before that they were often referred to by patronyms, eg. Han's son, Jaan's son etc. 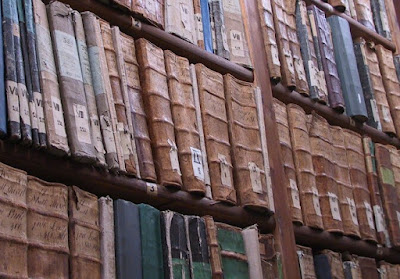 Landlords were a major factor in the selection of surnames. There were some that were good to their peasants, but there were also those that did not behave respectfully to their workers. "This was reflected in surname selection, as well," Puss said.

The worst names were usually given to single men, who had not gotten married and were economically less well off. Puss said bad-sounding names, such as Koer ("Dog"), Paks ("Fat"), Laisk ("Lazy") and Limukas ("Weak-willed"), later disappeared since they were not passed down to the next generation. Surnames such as these were usually given to servants and farmers with a family earned themselves better names.

When Estonians were able to choose their own surnames, they often referred to books for inspiration or chose the name of  plants, birds or animals. One of the most popular surnames in Estonia is Tamm, which means 'oak'. 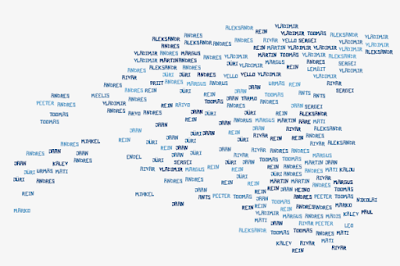 Statistics Estonia has a database of Estonian surnames that you can search and discover some fascinating facts. To learn more, please click here - Surname statistics

After entering my surname, Lestal, I found there are currently 17 men and 15 women who share my surname in Estonia (all distant relatives from Tartu). The funny thing is however, across the globe in Australia, are another 18 Lestal's who are descended from my grandfather Alexander who migrated there in 1948.

An Estonian couple, Anett Kamara and Tanel Akolov, from Jüri in northern Estonia have brought a taste of the Baltics to the city of Perth by opening the Blini Pancake Cafe in 2020. The couple originally fell in love with Perth while they were backpacking around the Australia and have been living there since 2014.

The couple were recently interviewed by SBS and asked about the idea behind the creation of Blini Pancake Cafe. Akolov said "we wanted to represent Estonian food as not many people know about it." 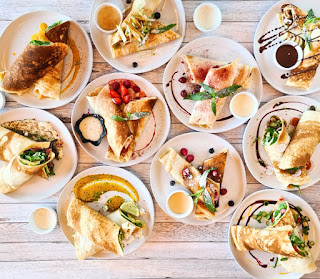 Estonian tennis star Anett Kontaveit is on fire this season. On Sunday she won the inaugural Transylvania Open and became the first Estonian tennis player to qualify for the WTA Finals to be held in Guadalajara. Kontaveit has has taken home four titles this year and has won 26 of her last 28 matches. Now ranked the eighth best female tennis player in the world, Kontaveit is also the highest-ranked Estonian singles player of all time. 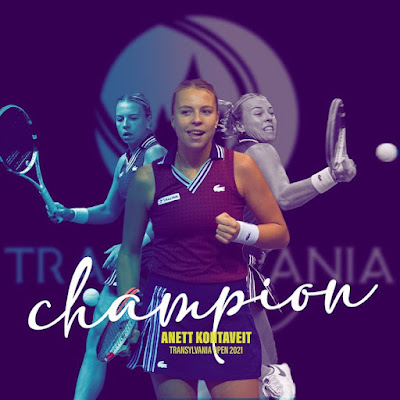 Anett Kontaveit is known to be a passionate, competitive and proud Estonian. In this video you will learn more about this outstanding player.
Posted by Tania Lestal

November 2 is Hingedepäev (All Souls' Day) in Estonia

Modern Estonians are not known to be religious yet many admit to being spiritual. For hundreds of years Estonians have celebrated Hingedepäev, the day when it is believed that the veil between the world of the living and that of the dead is thinnest. Honouring the memory of ancestors is important to Estonians and so the custom of placing candles by windowsills and on graves is a nice way pay tribute to loved ones. 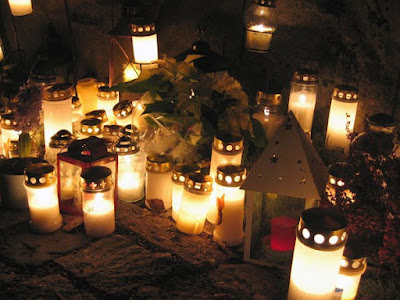 Adam Rang: The sauna is a social network

The British sauna enthusiast Adam Rang, who lives in Estonia, recently held a TED talk about the oldest social network in the world. The sauna. The world can learn a lot from Estonian sauna culture and hopefully one day we will see the Estonian word 'leil' (sauna steam) become part of English lexicon.
Posted by Tania Lestal