On the 21st February 2018 Eesti Pank will issue four coins in honour of the centenary of the Republic of Estonia. The collector series will include a gold and silver coin plus two 2 Euro coins which will go into regular circulation. 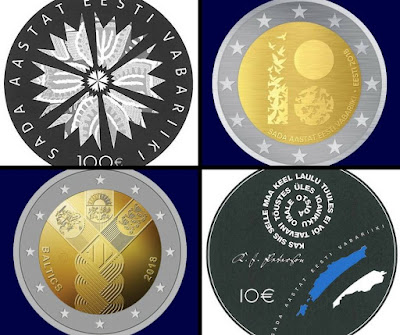 Gold Coin
The gold coin has a nominal value of 100 Euros and features the Estonian national flower, the cornflower. The symbols on the coin represent perfect happiness, development and balance. The coin was designed by Tiiu Pirsko and Mati Veermets, and 3000 of the coins will be minted.

Silver Coin
The silver coin has a design featuring the outline of Estonia in blue, black and white on a globe. In the sky above is a line of poetry by Kristjan Jaak Peterson “Is not the language of this land singing in the wind, or rising to heaven, looking for eternity?” The coin was designed by Margus Kadarik and Toomas Niklus, and 7000 of the coins will be minted with a nominal value of 10 Euros.

Circulating Two Euro Coins
The two-Euro coin with the special design dedicated to the centenary of the Republic of Estonia features the official national logo for the jubilee, which can be read as the numbers 18 and 100, linking the year the state was founded with today. The coin was designed by the concept and design agency Identity OÜ. The coin is intended to symbolise the people of Estonia, and so 1,317,800 coins will be minted to match the population of Estonia on 1 January 2017 according to data from Statistics Estonia.

The two-euro coin with the special design for the centenary of the Baltic states will enter circulation on 31 January 2018. The design of the coin shows the common past, present and future of the Baltic states as a single plaited braid. The coin was designed by the Lithuanian designer Justas Petrulis, who designed a coin for the first time. The design for the coin was chosen through a public vote. The same design of the coin will be issued into circulation in Estonia, Latvia and Lithuania.  Eesti Pank will issue 500,000, the Latvian central bank 512,000 and the Lithuanian central bank one million coins.

Source: Eesti Pank
For more information, please refer to Eesti Pank's official website: Silver and gold coins and two circulating coins are to be issued for the centenary of the Republic of Estonia 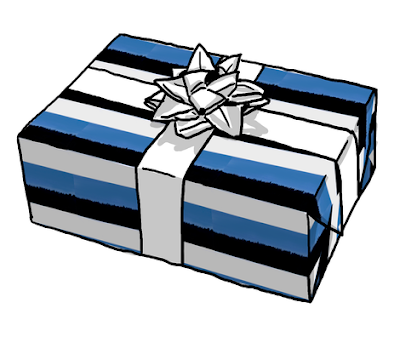 Last year I had a wonderful Christmas in Tallinn. It was such a joy to stroll around the Christmas market sipping on Glögi whilst listening to live music. I can't wait to do it again. This year, after quite a long absence, I plan to spend Christmas with my family in Australia. It's been six years since I spent Christmas with them all so the re-union is very much overdue. I have a few new nieces and nephews that I have only met once so to celebrate Christmas with them for the first time should be quite special.

I decided to take an extended holiday to Australia. I will be there for two months in total. It would be a great opportunity to catch up with everyone and escape the chilly European  winter for a while. I checked the weather report yesterday and it stated it was 28 degrees  in Sydney. Fantastic! I can't wait to get out of my winter coat!

I have many fun things planned for my trip and one of the highlights will be to attend the annual Christmas party at Sydney's Eesti Maja. I have attended several events at Estonian House in the past but never their Christmas party. I always enjoy spending time with the local Estonian community and I'm looking forward to eating some traditional Estonian food again!

The only thing I am dreading is the jetlag. It usually takes me four day to properly adjust to the new timezone. It's furstrating because I will want to go out and do things yet I know, by early afternoon, the tiredness will take hold. But  I guess I have no choice but to endure it. It's short lived after all.

I will post photos from the Estonian Christmas party so you can see how it's done in Sydney compared to your city.

Not long to go now, I fly out this Thursday!

Kihnu - The Island Where Women Rule

On the little island of Kihnu, seven miles off the coast of Estonia, women run the show. The island still functions as one of the last matriarchal societies left in the world. Historically, Kihnu’s men spend most of the year fishing at sea in order to provide for their families back home. In their absence, the women lead the community of 400 strong, cultivating a vibrant folk culture while protecting and preserving their ancient traditions. Kihnu Island is a fascinating place that is definitely worth a visit! 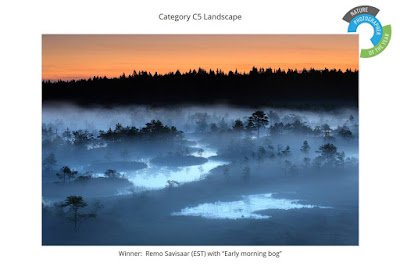 To learn more and to view all the winners, please click here: Nature Photographer the Year 2017

Great news! Tallinn was named the second most innovative city in Europe for being a testing ground for new technologies. This is a well deserved result. The iCapital Awards Ceremony crowned Paris as the European Capital of Innovation for 2017.

My gift to Estonia for EV100

The Republic of Estonia will celebrate its 100th birthday on February 24, 2018. On this day one hundred years will have passed since the proclamation of Estonia as an independent, democratic republic. This is undoubtedly one of the most important and greatest milestones in our history with great meaning for us all. The 100th anniversary of the Republic of Estonia is a celebration for everyone and the perfect opportunity to show love and pride for our homeland.

As part of the Eesti Vabariik celebrations (EV100), people have been invited to donate gifts or host special events to mark the occasion. Many wonderful contributions have been made to Estonia for the centenary and I too wanted to give something special with both cultural significance and deep meaning for myself. The photographs taken by my great-grandfather Arthur Lestal are my pride and joy. Through his work as a photographer, Arthur captured the essence of life in Estonia during its first period of independence (1918-1940). Sadly Arthur died in 1941 due to the occupation but many of his photographs have been preserved. They can be found in various museums across Estonia, in printed books and in my personal collection. 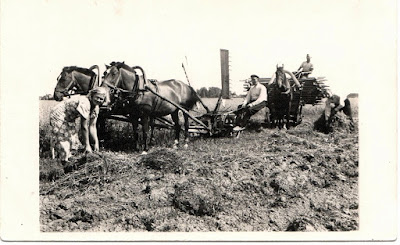 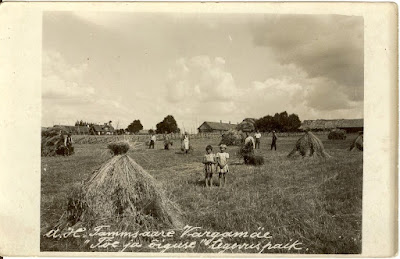 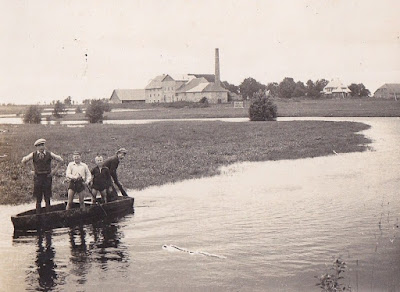 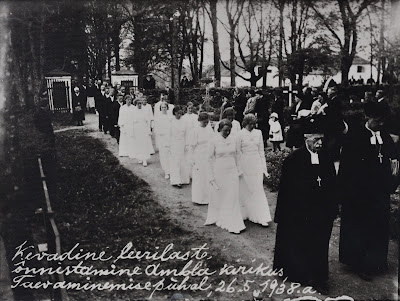 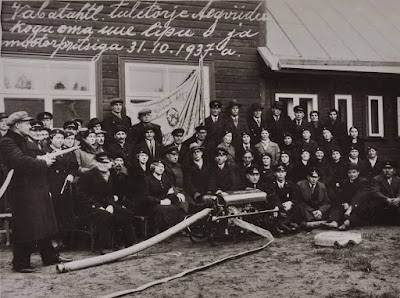 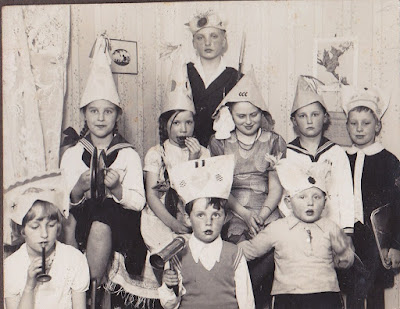 It fills me with humbling joy that Arthur's work is now part of the EV100 celebration. It is his and my gift to Estonia on this momentous occasion. His works can be viewed on the official EV100 website here: The works of Estonian photographer Arthur Lestal 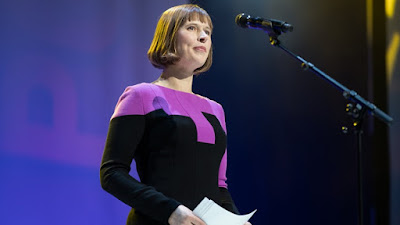 November 2 is Hingedepäev / All Souls' Day

Every year on the 2nd of November, Estonians pay tribute to their ancestors and loved ones who have passed. It is a common practice to light candles and place them by the window in an attempt to draw the spirit home. Cemeteries are also aglow on this day. According to folklore, hingedepäev is said to be the day on which the veil between the world of the living and that of the dead is thin. 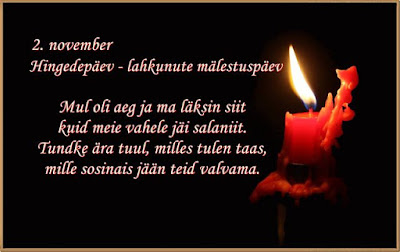 Sadly, I lost another family member this year, a distant relative who had settled in Canada. Aili was a spritely woman who lived to the ripe old age of 95. I learnt a lot from her over the years and no doubt she will be dearly missed by those who knew her.

During the past four years I have lost five people from my grandfather's generation and it's a really horrible notion knowing that most of his contemporaries have already left us.  We should all love and appreciate those who remain while they are still here. They have so much life experience, knowledge and wisdom, and their stories are worth preserving for the generations to come. 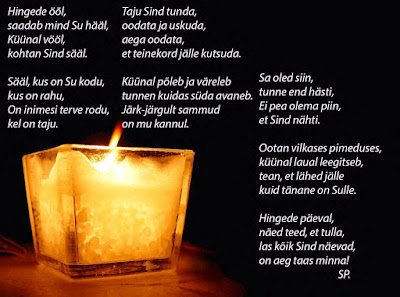