With New Year's Eve celebrations kicking off around the world (I think Samoa is the first country to see in the new year) I would like to send my warmest wishes to you all. 2013 has been a very eventful and productive year for me. I travelled to Estonia many times this year, the most I have ever done before. I've  made excellent progress with my family history research, met distant relatives for the first time and even discovered my uncle has a half-sister we never knew existed! This is big news for my family as you can imagine and I'm so glad I followed my gut instinct and pursued a lead. Now, of course, the hard part is finding her. 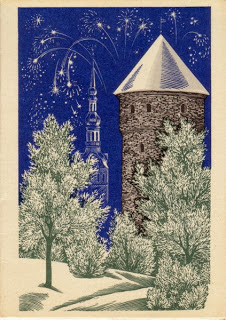 Here's to 2014!
May the new year bring much joy and happiness to you all! 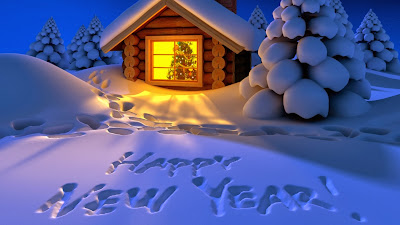 You can still buy some treats at Tallinn's Christmas markets!

It always astounds me how quickly merchants pack up and remove their Christmas markets in Munich. They're thriving on Christmas Eve but come Boxing Day the majority of them are dismantled and gone. This is not the case in Tallinn however. The Christmas markets remain open all throughout the New Year period until the 6th of January. Traditionally,  the Christmas season begins in Estonia on the 21st of December with the feast of St. Thomas. This is where Estonians light candles and decorate their trees which remain in place until the Feast of The Three Kings on January 6.

There are still many treats to be had at Tallinn's Christmas markets. Here are a few temptations. 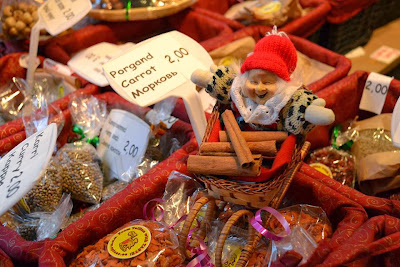 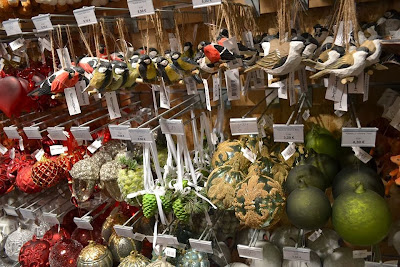 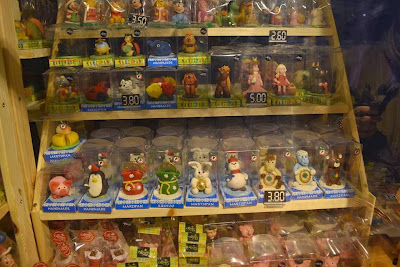 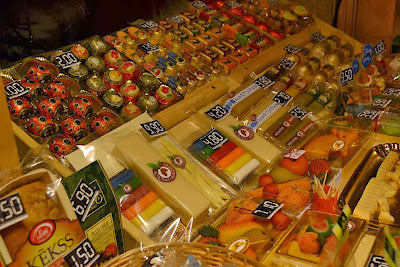 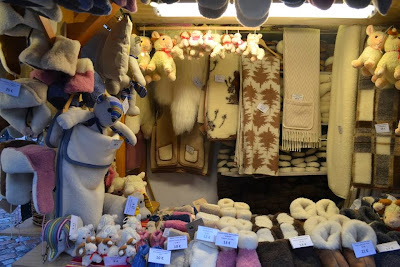 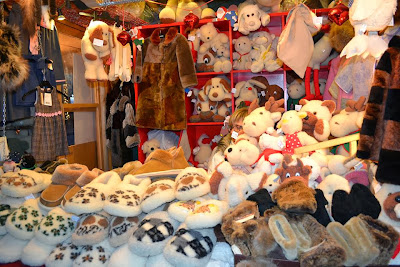 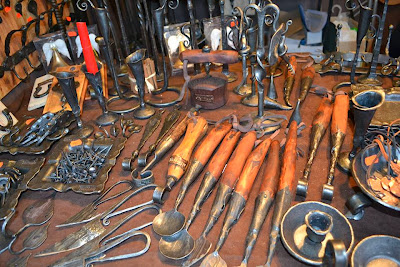 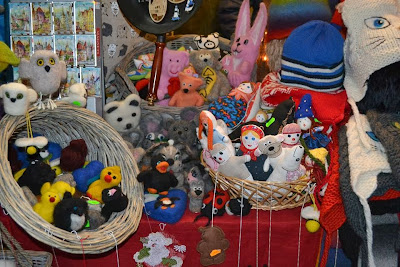 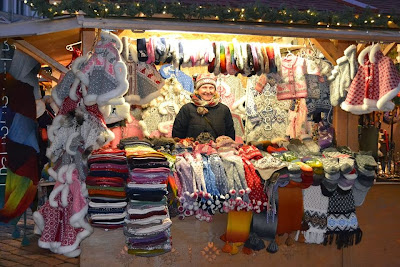 Christmas has officially begun in Estonia. Christmas Eve, Christmas Day and Boxing Day are all public holidays in Estonia with tonight being particularly special. It is when Estonians come together, cook up a feast, go to church and listen to the president's Christmas speech - an Estonian tradition which has taken place for the past 350 years (prior to Independence it would have been the governor or whoever was the figurehead at the time).

I recently discovered an old Estonian Christmas tradition that my family failed to tell me involving the gift giving process. Straight after Christmas dinner (which takes place on December 24) people sit around the tree and in order to be given their gifts you must either sing a song, recite a poem or do a dance. For those not talented in those areas you could also perhaps do a trick or say a joke. It sounds like a very jolly way to celebrate Christmas so this year I have decided to adopt this tradition into my Christmas festivities. The more fun the better! 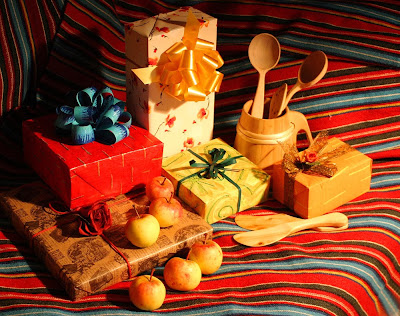 Merry Christmas everyone! If you're like me and wish you could be in Estonia for Christmas this year, let's try to make it happen next year!
Posted by Tania Lestal

UK's 2013 Christmas No.1 Song Written by an Estonian

At the top of the British charts this week is X Factor winner Sam Bailey's debut single "Skyscraper." Orginally written by Estonian singer Kerli Koiv in 2011 with Toby Gad and Lindy Robbins,  the track came to the attention of music producers in the UK and has now become one of the fasting selling singles of the year. Sam Bailey, 36, is a former prison officer who is now scheduled to be one of Beyonce's support acts during her UK tour in February 2014.

I'm sure Kerli, Toby, Lindy and Sam will all be having a very Merry Christmas this year!

TransferWise Set to Join Skype as a Global Estonian Brand

Two Estonian entrepreneurs have decided to take on the banks and offer realistic and affordable international money transfers, saving customers huge sums in fees. TransferWise is set to be the next big thing to come out of Estonia - the company has a clear vision and efficient operating system which can only save you time and money. With offices located  in Tallinn and London, the company is expanding and currently looking for new recruits. If you would like to be part of the banking revolution, check out their current vacancies.

To further explain what TransferWise is all about, here's some information taken from their website.

TransferWise was born of frustration

Taavet Hinrikus and Kristo Käärmann are two friends who believe that money is meant to flow freely. But in the absence of a global currency, it doesn’t. An epiphany saved them thousands of pounds.
Taavet was paid in euros, but living in London. Kristo was paid in pounds, but had a mortgage in euros and often spent time in Belgium. They devised a simple scheme. Each month the pair checked that day’s mid-market rate on Reuters to find a fair exchange rate. Kristo put pounds into Taavet’s UK bank account, and Taavet topped up his friend’s Belgian account with euros. Both got the currency they needed, and neither paid a cent in bank fees.
“There must be others like us," the epiphany went.
And the rest is TransferWise.

Kristo Käärmann
Founder, CEO
Kristo lived and breathed the world of finance from the inside. At PwC and Deloitte, he helped banks and insurers bring their processes and systems into the 21st century. Stunned by the inefficiency of financial institutions, he wanted to do more to improve the quality of services available to customers. At TransferWise, he is in charge of all operations activities, technology, development, compliance and regulatory issues.
Taavet Hinrikus
Founder, Executive Chairman
Taavet likes things that are simple, reliable and cost no more than they should. As Skype's first employee, he helped build a company that has changed hundreds of millions of lives. He’s since helped various companies as an angel investor and advisor. At TransferWise, Taavet looks after marketing, product development, PR, and investor relations.

Such splendid, ineffable beauty - Mother Nature definitely has a soft spot for Estonia! 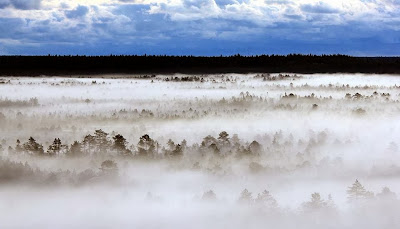 Estonia's most beloved brand continues to be Kalev

In January, a poll of top brands conducted by TNS Emor revealed that Kalev is by far the most beloved brand in Estonia.

Kalev has been the steadfast leader since 2009, when the first such poll was conducted using similar methods.
Maxima was ranked second and Tere third. Most of the popular brands represent the food production and trade, as well as media and entertainment industries.
The aim of the brand chart is to find out what brands are the most popular in different industries. In the poll, the respondents were asked to choose from a pre-defined list of ca. 150 names and logos up to 5 brands they liked the most (with the choosing happening in progressive stages).
There were 1007 Estonian residents aged 15 to 74 questioned in the poll.

Well I guess it was only a matter of time but now it's official - Vana Tallinn is now available as an ice-cream flavour! New on the market, it's only available in Estonia and the Baltics, so if you're in the neighbourhood why not give it a try? If you love the drink, you're sure to love the ice-cream! 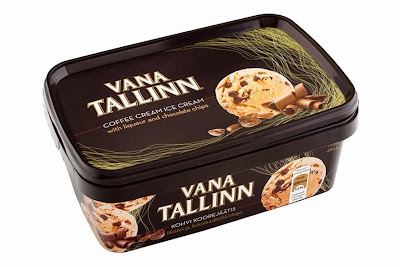 Seeing all the familar sights in Tallinn makes me want to jump on a plane and go!
Maybe I'll be there for New Year's Eve...who knows... there's no place quite like Tallinn!

How to Sing the Estonian National Anthem

Tallinn's Christmas markets are not to be missed!

The Estonian Christmas markets in Tallinn are renown for being some of the best in Europe. Why? Not only is the city the location of the world's first Christmas tree, dating back to 1441, it is also a winter wonderland set against the immense beauty of Europe's best preserved medieval city. You won't find mainstream mass produced items at these market; instead you will discover the delights of unique Estonian handicrafts. Knitted wool, furs, linen and wooden items all belong to the fabric of Estonian culture and make great keepsakes for visitors. There are real gems to be discovered here! 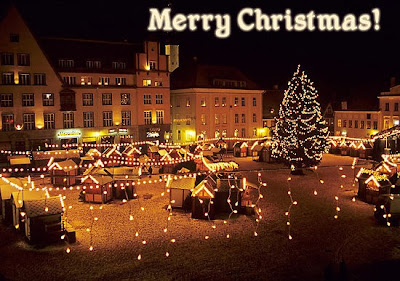 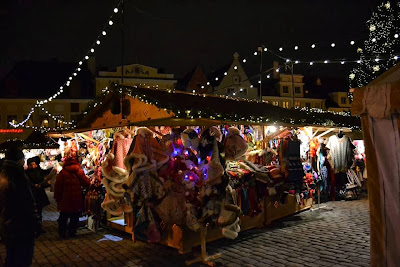 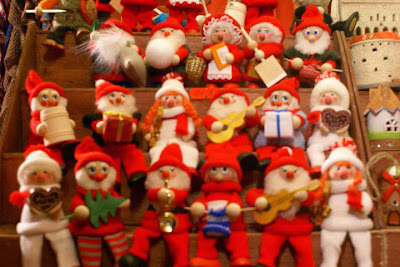 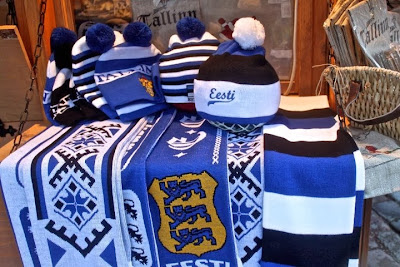 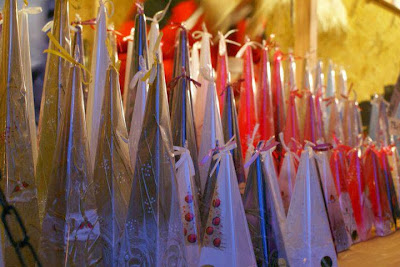 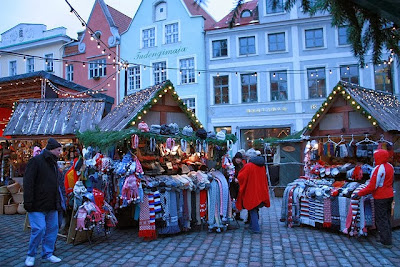 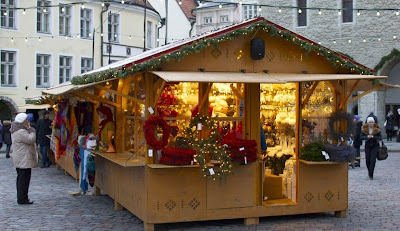 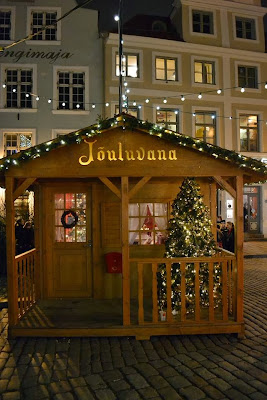 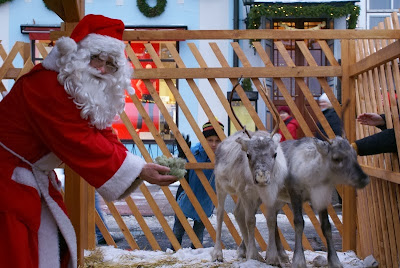 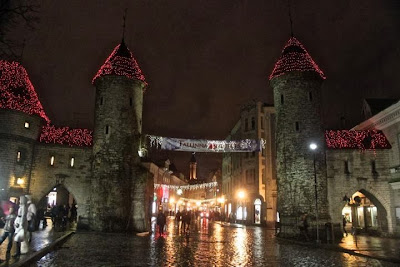 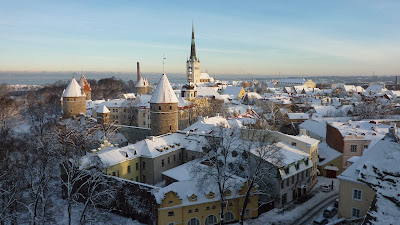 2013 Estonian Christmas Market in London - Bigger than Ever Before!

.For the first time, the Estonian Guild in London is participating in the large Scandinavian Christmas Market with Finland, Sweden, Denmark, Norway, and Iceland, reported BC the Estonian foreign ministry.

According to Anneli Kimber, who is one of the leaders of the Estonian Guild, Estonia’s participation in the Scandinavian Christmas Market is a good opportunity to introduce Estonia and Estonian products in London and also to sell Christmas goods to the Estonian community.

“Of course, primarily we want to delight Estonians with a bit of Christmas from back home,” said Anneli Kimber. “At the same time, taking part in the Scandinavian Christmas market helps to solidify the image of Estonia as a Nordic country and display our companies’ exciting products,” she added.

The Christmas market’s organiser Liina Särkinen noted that this year’s product selections are a combination of traditional Christmas products goods as well as new and distinctive items. “We not only have sauerkraut, blood sausage, and lingonberry jam, which Estonians always have on the Christmas table, but also beautiful handicrafts, consumer goods with the national colours, and, for example, bags fashioned from old fire hoses,” said Liina Särkinen.

The Scandinavian Christmas Market has been organised in London for four years already. It grew out of a joint Christmas market hosted by Finnish and Norwegian churches and now takes place both inside the churches and on the street between them. The market is full of Scandinavian Christmas products, designs, handicraft, textiles, clothes, and good Nordic food. Last year, nearly 20,000 people visited the market and this year at least as many visitors are expected.

Estonia’s exhibition at the Scandinavian Christmas Market is supported by the Embassy of Estonia in London, the Ministry of Foreign Affairs, the Ministry of Culture, Enterprise Estonia, and Estonia’s display was composed by designer Helen Sirp.

The Estonian Guild in London is a growing network and a vibrant community linking Estonians living and working in the United Kingdom. Its prime objective is to encourage contacts and share information and ideas about Estonia, Estonians and their activities through the medium of organised events and functions.

A Christmas market in Tallinn has already started activities on Friday, November 22, the City of Tallinn's press service said in a statement.

It has been operating daily starting from 10 till 19 at the city hall. Hot drinks will be served until 11 p.m. On the New Year's Eve, the market place will operate until 2 a.m., and on national holidays - until 3 p.m.

Santa Claus will also greet visitors of the Christmas market each day from 12 until 19.