How Estonia's postage rates compare to the rest of the world

With my summer holiday to Estonia drawing near, thoughts have crossed my mind about what the current postage rates are.  I have promised many postcards to relatives in Australia and Russia and I also want to keep a few stamps for myself. A quick look on the Omniva website revealed that the current price of sending a letter abroad from Estonia is 1.90€. This price applies to both postcards and letters weighing under 20g. 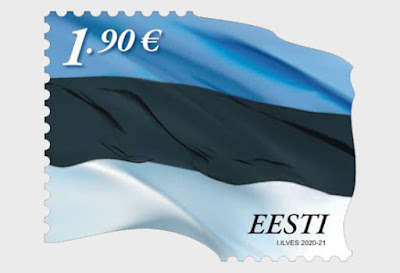 Postage prices always seem to be on the rise and I am curious to know how Estonia compares to the rest of the world. When I was last in Australia I was shocked at how expensive sending letters had become. When I lived there in 2011, the price of sending a letter overseas was $2.20, now it's $3.40. In the UK, overseas stamps costs £1.70 but in Lithuania it's only 0.81€. From my recent trip to Venice I discovered that Italy has some of the highest postage rates in Europe. It cost me 3.11€ to send a postcard to Australia, I was quite taken aback at how expensive it was, however, the price was slightly cheaper within the Eurozone. Germany has very reasonable postage prices, a postcard to anywhere in the world costs 0.95€ and a letter is 1.10€. Across the Atlantic, stamps in the USA cost $1.15 for a postcard or three 'forever stamps'. This is a term unfamilar to me and anyone else outside of the USA but the price seems quite reasonable. All in all, Estonia's postage rates for postcards and letters seem normal compared to other countries.

Just can't wait to be back in Estonia! Not long to go now!

Political map of Estonian territory throughout the ages (1200-1920)

Many wars have been fought over the territory of Estonia. Foriegn rulers have come and gone over the centuries, leaving their mark on the land. This video (in Estonian) shows the changes that have taken place during the last 700 years. It took some time for Estonia to achieve its independence but with determination it did.
Posted by Tania Lestal

Estonia lost one of its acclaimed cultural figures yesterday. Jaan Kaplinski was an renowned poet, translator, philosopher and cultural spokesperson who passed away aged 80 after a period of serious illness. During his career Jaan Kaplinski published numerous collections of poetry, prose, and essays which have been translated into over fifteen languages. 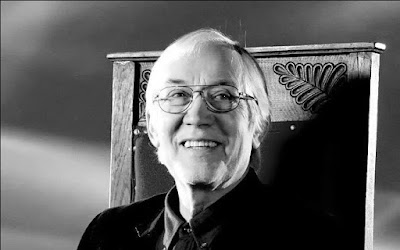 Jaan Kaplinski was born in Tartu on 22 January 1941 to an Estonian mother and Polish-Jewish father. His father was a professor of philology at Tartu University who was arrested by Soviet troops and later perished of starvation in a labour camp in 1945. In 2009 Kaplinski published the semi-autobiographical novel The Same River (Estonian: Seesama jõgi) which is set in Tartu during the 1960s.
Kaplinski was awarded many prizes during his career including the Baltic Assembly Prize for Literature, the Arts and Science (1997),  the Laureate of the European Literature Prize (Prix Européen de Littérature 2016) and was nominated for the Nobel Prize in Literature in the same year. He also has an asteroid named after him, main-belt asteroid 29528 Kaplinski.
In January Jaan Kaplinski celebrated his 80th birthday. To mark the occasion, a poetry program of Kaplinski's work was produced by the Tartu Poetry Theatre group and the literature circle "Ellips".
Poem by Jaan Kaplinski from his book 'The Wandering Border'
We started home, my son and I.
Twilight already. The young moon
stood in the western sky and beside it
a single star. I showed them to my son
and explained how the moon should be greeted
and that this star is the moon’s servant.
As we neared home, he said
that the moon is far, as far
as that place where we went.
I told him the moon is much, much farther
and reckoned: if one were to walk
ten kilometers each day, it would take
almost a hundred years to reach the moon.
But this was not what he wanted to hear.
The road was already almost dry.
The river was spread on the marsh; ducks and other waterfowl
crowed the beginning of night. The snow’s crust
crackled underfoot – it must
have been freezing again. All the houses’ windows
were dark. Only in our kitchen
a light shone. Beside our chimney, the shining moon,
and beside the moon, a single star.
Posted by Tania Lestal

The story of Estonia regaining its independence 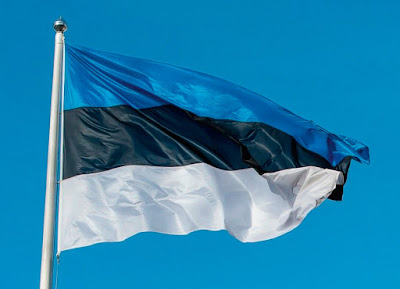 To mark the upcoming 30th anniversary of Estonia’s restoration of independence, the Estonian government has released this timeline of events detailing how it all happened.  It's an interesting read that reminds us that hope, persistence and determination can achieve great things. Elagu Eesti! Long live Estonia!

You can read the full timeline of events here: The story of regaining independence

On August 20 Estonia will mark the 30th anniversary of the restoration of its independence. For 51 years Estonia was occupied by the Soviet Union, briefly interrupted from 1941 to 1944 by the Nazi occupation, a long dark period in the country's history. Every Estonian dreamed of seeing their beloved homeland free again but sadly not everyone lived to see it happen. Despite many attempts, the freedom movement didn't gain momentum until 1989 when the Baltic Chain and Singing Revlution took place. From then, change started to occur and Estonian leaders seized the opportunities that led to the restoration of the country's independence.
To mark the occasion a concert will be held at the Song Festival Grounds in Tallinn on August 20.
The path that lead to Estonia regaining its freedom.
Posted by Tania Lestal