On the 1st of January 2011 Estonia forfeited the kroon as its national currency and fully adopted the Euro which became Estonia's sole legal tender thereafter. For many people, myself included, it was a sad day to see the kroon go for it has long been associated with Estonia's cultural identity and national sovereignty. It was a symbol of Estonia's freedom and independence.
I can understand the need for a sole European currency, it does make travelling and doing business a whole lot easier when you don't have to worry about exchanging money all the time but it is sad when a country loses a feature of it's cultural identity and ability to govern itself. I've spent a lot of time holidaying in France over the years and I remember in 2000 how sad I felt when I had to use Euros to pay for things instead of French Francs. I was also displeased that the cost of everything seemed to have risen too with the introduction of the Euro. It's like that in Estonia now too; the Euro has bumped up the price of things.
As a keepsake and a reminder of Estonia's bygone era, I have kept a complete set of Estonia's kroon banknotes because they are a very important part of the country's history. 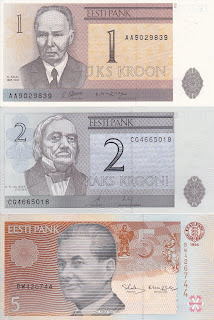 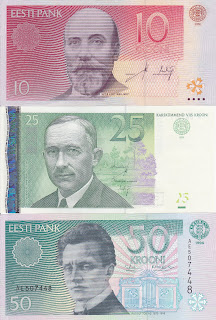 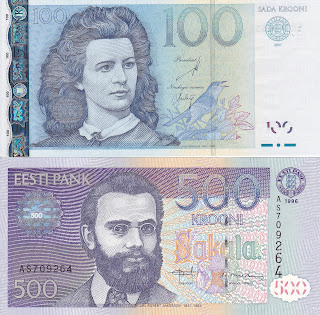 I also have this old Estonian banknote from 1932 which is a good addition to my collection too! 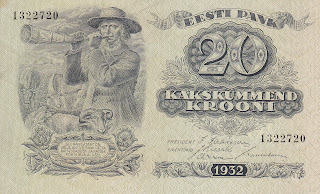