Estonia and The Real Origin of The Christmas Tree 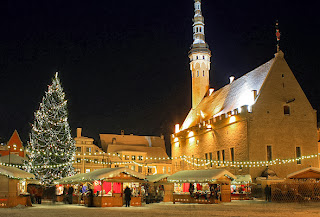 It is a widely held beilef that the Christmas tree originated in Germany during the 1500s but its use in yuletide celebrations dates back even further than this, to 1441 in fact, in Estonia. The tradition of decorating a Christmas tree first began when a group of unmarried merchants known as the "Brotherhood of Blackheads" erected a tree in the Town Hall and covered it with sweets for children to enjoy. On the last night of the yuletide celebrations, the tree would be taken outside for members of the brotherhood to dance around it. The tree was later set on fire. It would have been quite a spectacle! Many centuries later, billions of people in all corners of the world gather around a Christmas tree to celebrate this most joyous of occasions. 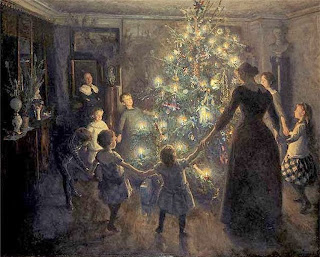