The Origins of the Estonia Society & Estonian Song Festival

I was given some very interesting information this morning. I discovered that my 4th great uncle Johannes Carl Assmuth (1845-1916) was one of the founding members of the Estonia Society which later led to the growth of the Estonian Song Festival.

How did this all come about? I will explain.

On the 7th of October 1865 merchant Johann Trummer invited some of his friends around to his house in Viru Street for a meeting.  Among them was my great uncle who was the Sacristan and cantor of St. John's Church (Jaani Kirik) on Vabaduse Väljak.  (My great uncle later married one of Trummer's daughters.)

During the meeting it was discussed that there were no Estonian music societies in existence - they were all German. They then decided to form their own society for Estonian people and on the 10th of October 1865 the "Estonia Society" was born. Johann Trummer was elected the first society president and Johannes Assmuth was one it's first members. Both men were well respected in the community and played an integral part in Estonia's National Awakening.

Whilst working for the church Johannes Assmuth gained a lot of experience organising singing concerts; he was the head of the men's choir at St. John's and took part in other singing events in Tallinn. In 1869 when he heard the news that the 1st Song Festival was going to take place in Tartu, he pursuaded the Estonia Scoiety to send their choir. There was no railway at the time so the journey to Tartu took four days using borrowed horse wagons. The trip was well worth it for the choir won first place!

In 1880 the 3rd Estonian Song Festival took place in Tallinn. Johannes Assmuth, along with several other Estonia Society members became organsing committee members of the festival.

The Estonia Society steadily grew in popularity and in 1913 they built the Estonia Theatre which is an opera house and concert hall. At the time it was built, it was the largest building in Tallinn.

Today, the Estonian National Opera House is an epicentre of culture. Last year it celebrated its 100th birthday. To mark the occasion many indoor and outdoor music events took place as well as open days that allowed the general public to wander around the building, go back stage and try on costumes etc. I attended one of these open days last September and discovered just how beautiful this building is. 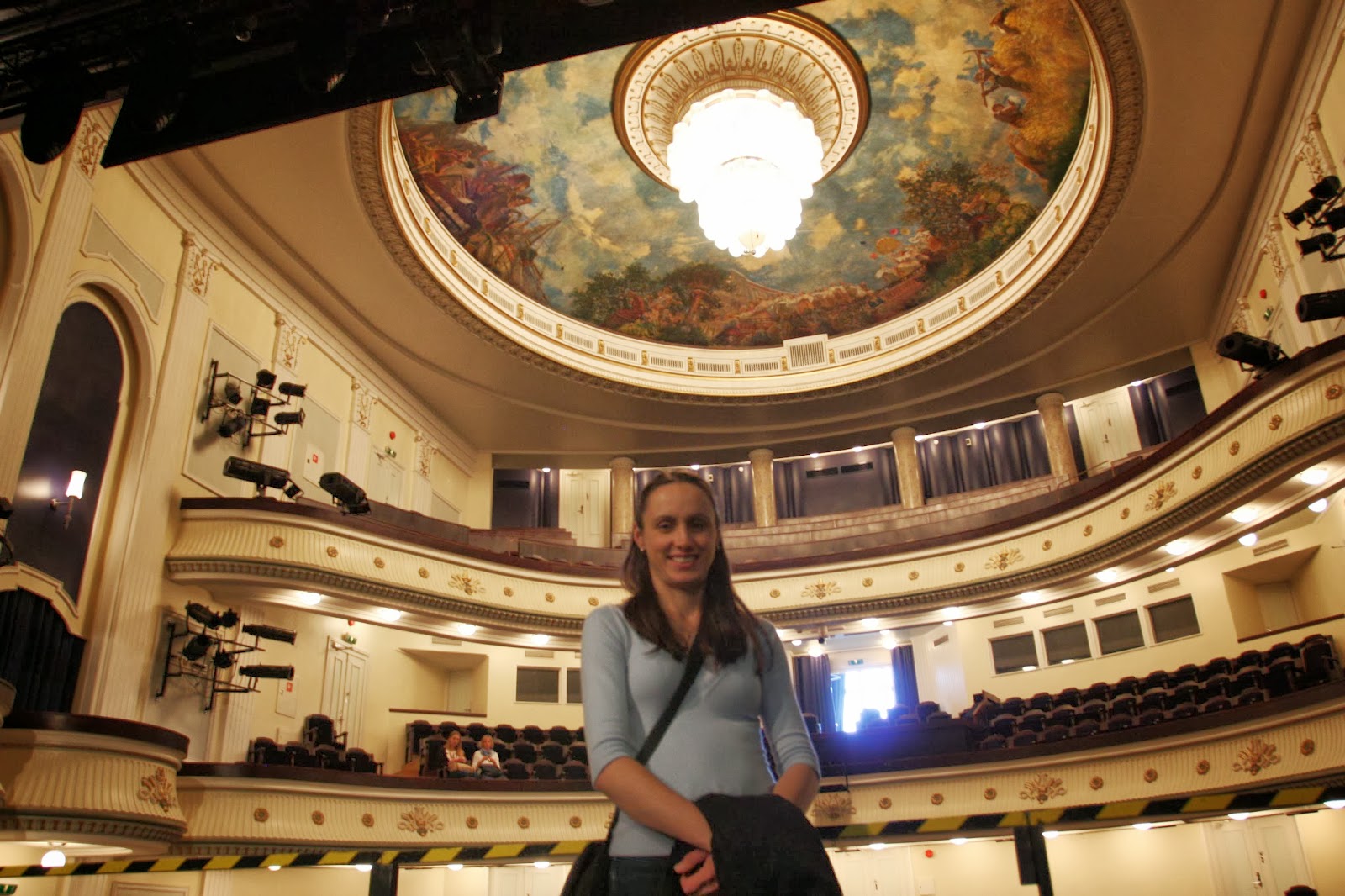 On display was a miniture version of the Estonian National Opera House made completely from marzipan.