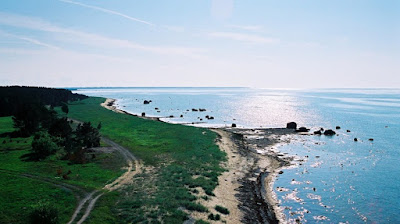 The Land Board said that if before they used calculations made on paper maps dating back almost 20 years, then now they use electronic data which give more accurate numbers.

On the old maps, the borders were marked with a pen or marker, which resulted i inaccuracy of as much as 50 meters.

Main corrections are related to land areas bordering the sea, lakes or rivers, including the Baltic Sea, Lake Peipus and Narva River. Therefore, the area of Narva and Tallinn were also found to be larger than previously determined.

The territory of Estonia consists of a mainland and over 1,500 islands and islets in the Baltic Sea, covering 45,339 square kilometres, by which it is the 132nd largest country in the world, just slightly bigger than Denmark, Netherlands and Switzerland.