My trip to Tallinn for EV100

It's always a joy to visit Estonia but sad when the time comes to leave. This year I spent four days in Tallinn for the cennential celebrations and so happy I was there for such a special occasion. No fireworks were scheduled for February 24 but just after 7pm I was pleasanrtly surprised to find some coming from somewhere behind St. Nicholas Church. It was a beautiful sight! And now I am busy planning my next trip to Estonia, perhaps a trip to Kihnu in the summer.

Here's some photos from my trip to ilus Eestimaa! 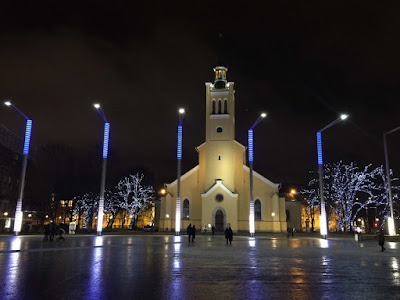 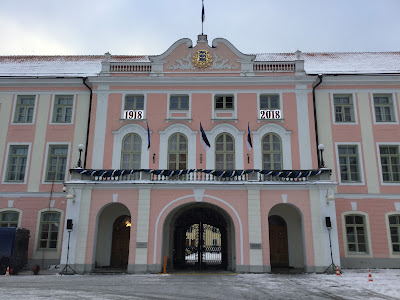 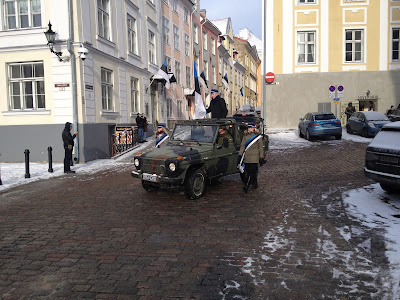 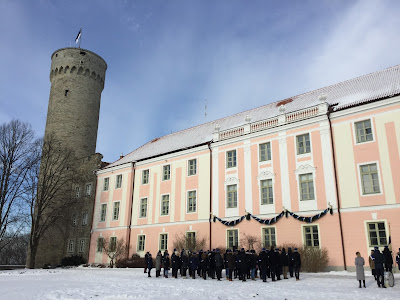 They gave a speech and salute in the garden at Toompea. 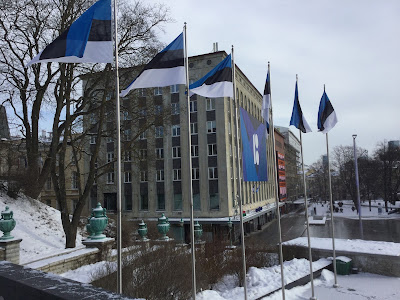 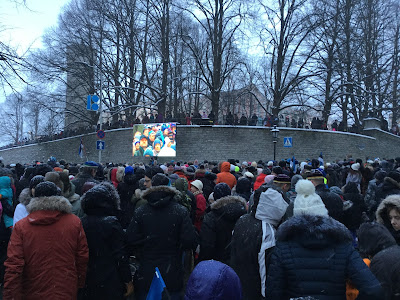 The start of Independence Day 2018. 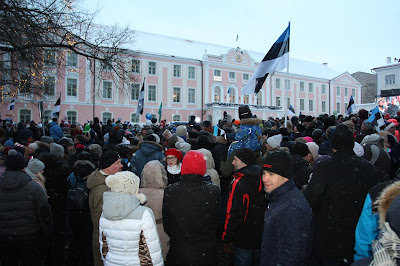 The flag hoisting ceremony commenced at 7:33am.
Thousands of patriotic Estonians were in attendance. 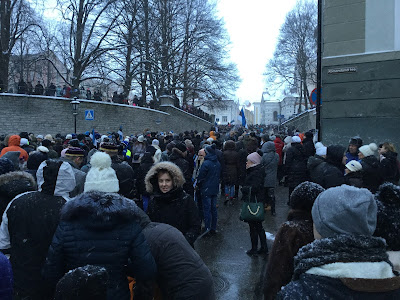 People young and old braved subzero temperature to be a part of history. 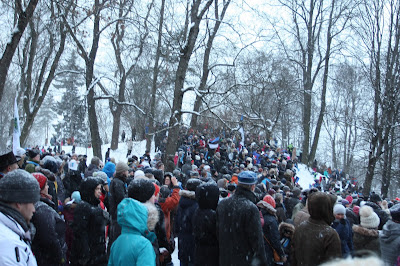 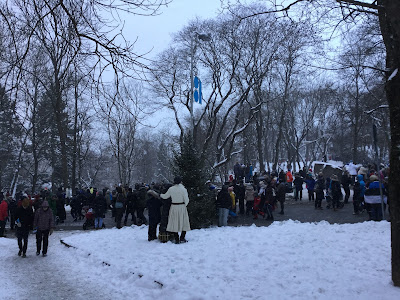 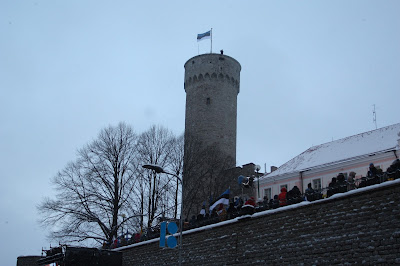 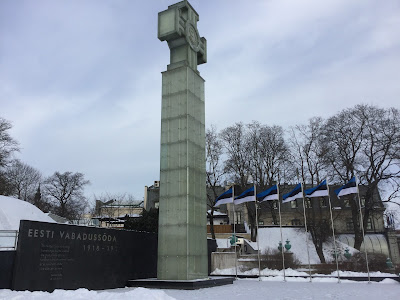 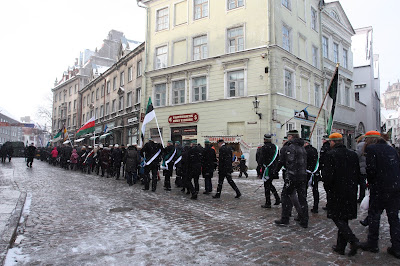 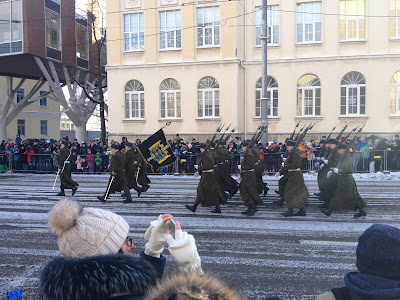 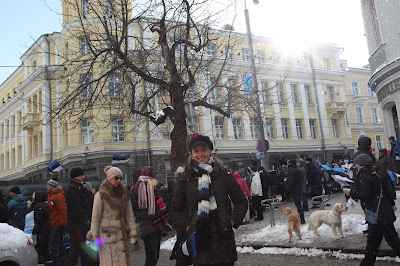 It was great being in Tallinn for such a special ocassion. 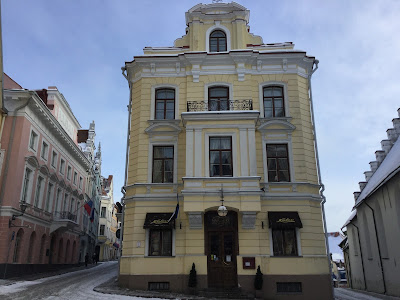 Maiasmokk Cafe.
An old favourite and a great place for a snack and to escape the cold. 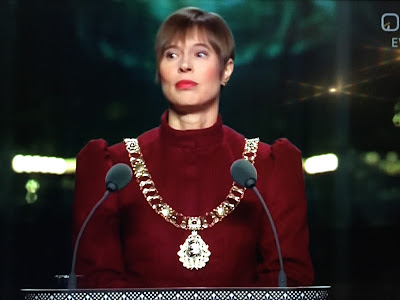 President Kaljulaid's speech at the Estonian National Museum was broadcast live on TV.
I watched it along with many other interestting programmes that day. 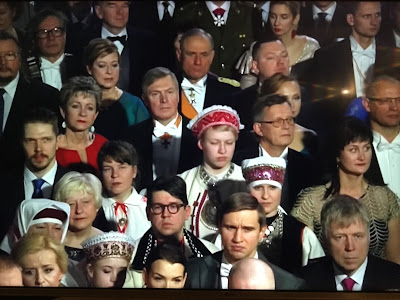 Nice to see a familar face at the President's reception. 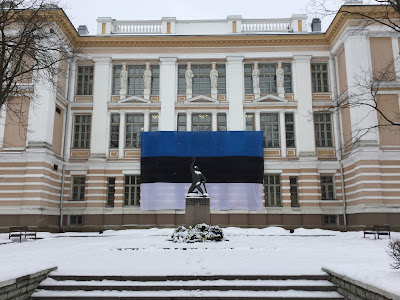 The Estonian flag was proudly displayed outside the Reaal School. 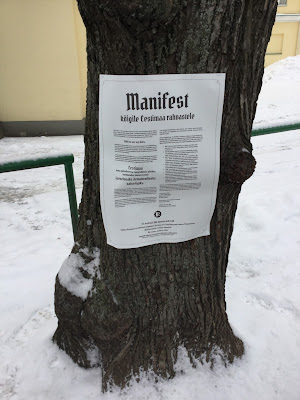 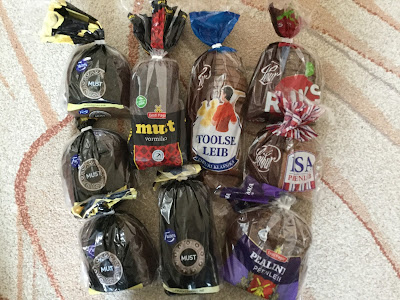 Delicious Estonian bread!
I could only fit nine loaves into my suitcase this time! 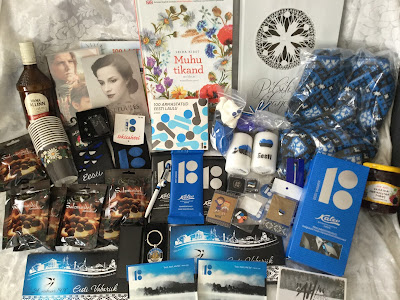 Estonian treats to keep me going until my next trip.
Ma armastan Eestit!