Last year when my sister was pregnant with her fifth child, it inspired  me to write about popular Estonian children's names.  This year however, would you believe my sister is pregnant again with baby number six! So I will continue this theme and share some Estonian naming traditions. 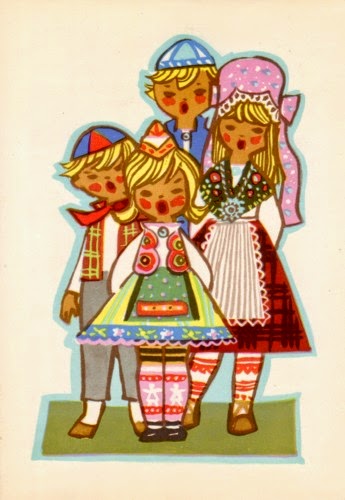 Traditionally, Estonian children are named after one of their grandparents.

Babies are either baptised in church or at home and a feast usually takes place afterwards.

Traditionally, the mother is ultimately responsible for naming the child and after the name is officially bestowed, the child is passed from hand to hand of every guest and given blessings and gifts.

Children often had two middles names. It was common for the middle names of the child to be taken from the first name of one or both of the godparents. This has changed however, today some Estonian children have no middle names at all!