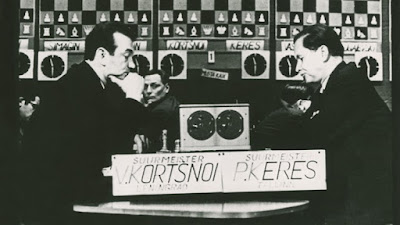 The World Chess Federation has named 2016 “the year of Paul Keres,” to mark 100 years since the birth of the legendary Estonian chess champion.

Keres is a beloved figure in Estonia, and was also depicted on the five kroon banknote. Some believe Keres consciously lost to a number of Western chess players, in silent protest against the Soviet Union, while he was forced by authorities to fold to other Soviet Union chess players, who were more in line. He died in 1975 in Helsinki.

To commemorate Keres, an international youth tournament will be held in Narva on December 8 and the European Rapid and Blitz Chess Championships will be in Pärnu at the end of 2016. A number of smaller events will also take place.