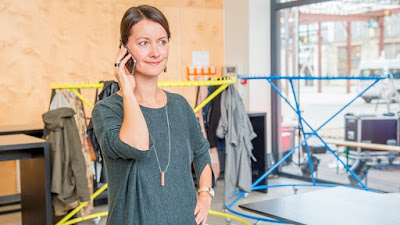 Culture Minister Indrek Saar presented Helen Sildna with the Citizen of the Year 2015 award in a ceremony at the Estonian History Museum. Sildna was chosen from 21 candidates nominated for the award.

The Citizen of the Year award was announced on Thursday, which marked the Citizen's Day in Estonia. The day is meant for all citizens and people living in Estonia, regardless of their ethnic origin. The aim is to raise awareness of civic status, elevate civic pride, and recognise the decisions made by citizens in shaping the country’s development.

Citizen's Day has been celebrated on November 26 since 1988. It's the day the Land Council passed a decree on “The citizenship of the Estonian democratic republic” in 1918, by which, for the first time, the notion of the Estonian citizen was established in the legal sense.

The Citizen of the Year title was first awarded in 2003. The previous recipients of the award include former president Lennart Meri, athletes Jüri Jaanson, Andrus Veerpalu and Konstantin Vassiljev, and composer Erkki-Sven Tüür.

Every year the Ministry of Culture chooses one field under its juristiction to pay special attention to. This year's theme was "Music Connects" and the award went to music promoter and events producer Helen Sildna. In 2009 she set up Tallinn Music Week, a music industry conference and one of the biggest showcase festivals in the Baltic-Nordic region. She is a board member of the Estonian Music Development Centre, Estonian Culture Council, and a member of the Estonian President¹s Advisory Board. Sildna is also one of the activists behind "Tolerant Estonia" initiative, which promotes a more accepting, open-minded approach to ethnic and sexual minorities.