Christmas Markets Report 2016: Tallinn among the 11 most affordable cities in Europe for a festive weekend break 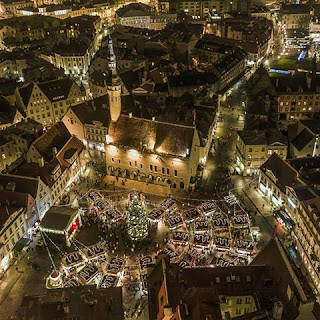 If you are planning a break in Europe to visit a Christmas Market, the best advice is to head to the Baltic where prices are cheapest.  As the countdown to Christmas gets underway Post Office Travel Money’s annual Christmas Markets Barometer reveals that prices for tourist items are still great value, despite the weaker pound, and designer goods may be cheaper than in the UK.

Tallinn – capital of Baltic State Estonia - is this year’s bargain choice for a Christmas Markets break out of 11 European cities surveyed, thanks to a combination of cheap packages and reasonable prices for food and drink in the city

It is a clean sweep for Eastern European cities with Riga, another Baltic capital, in the runner-up spot and Prague third cheapest.

Budapest is lowest-priced when it comes to meals, snacks and drinks costs, but pricier packages push the Hungarian capital down to sixth place. Munich and Lille in Western Europe have move ahead of Budapest.

Savvy shoppers could shave a third off the cost of an Apple iPad Air 2 by buying it in Munich or Vienna instead of the UK, and picking up a 100 ml bottle of Marc Jacobs ‘Daisy’ Eau de Toilette in Budapest reaps a saving of over 45% (£35).