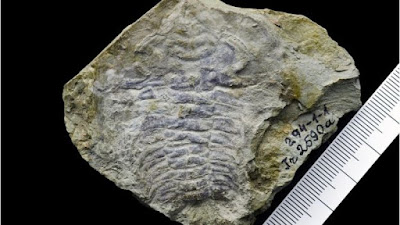 An "exceptional" 530-million-year-old fossil contains what could be the oldest eye ever discovered, according to scientists.

The remains of the extinct sea creature include an early form of the eye seen in many of today's animals, including crabs, bees and dragonflies.

Scientists made the find while looking at the well-preserved trilobite fossil.

These ancestors of spiders and crabs lived in seas during the Palaeozoic era, between 541-251 million years ago.

They found the ancient creature had a primitive form of compound eye, an optical organ that consists of arrays of tiny visual cells, called ommatidia, similar to those of present-day bees.

The team, which included a researcher from Edinburgh University, said their findings suggested that compound eyes had changed little over 500 million years.