On 23 August, the European Day of Remembrance for Victims of Stalinism and Nazism, a new Communism memorial was opened in Tallinn.  The memorial lists the names of more than 22,000 people who lost their lives under the communist regime, the majority of them perished far from home, and are buried in unmarked graves. The memorial is located in the Tallinn's Maarjamäe area. 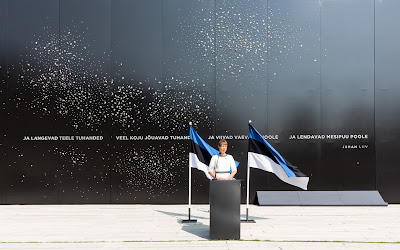 In the summer of 1940, Estonia's military elite and the heroes of the War of Independence were the first to fall victim to Soviet terror. The Red Army then systematically destroyed the fabric of the Republic of Estonia by robbing it of its statehood and defenders. 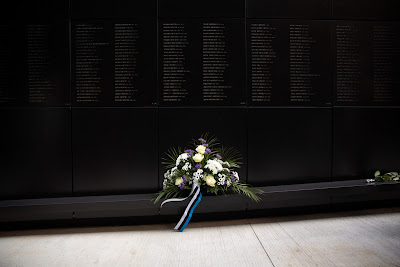 The Victims of Communism Memorial was built to coincide with Estonia's centenary. It consists of two parts: "The Journey" and "Home Garden." The first consists of a memorial corridor inscribed with the names of more than 22,000 victims. This corridor represents the mercilessness and brutality of the totalitarian regime. The "Home Garden" represents peace and safety, it includes a park with apple trees and bees along the parkside wall.

The wall is inscribed with famous lines from the Juhan Liiv poem "Ta lendab mesipuu poole," (He flies towards the beehive) likening Estonians to bees returning to their hive:

Every family in Estonia lost someone due to the Soviet occupation. Mine was no exception. Lest we forget.