Estonia triumphs at the Baltic Cup

It's been a long 83 year wait for football fans in Estonia but last night Estonia finally achieved victory when they beat Lativa 2:1 to win the Baltic Cup. The event took place at the A. Le Coq Arena in Tallinn and Estonian supporters were ecstatic when the final whistle blew. Estonia has not won the Baltic Cup since 1938. 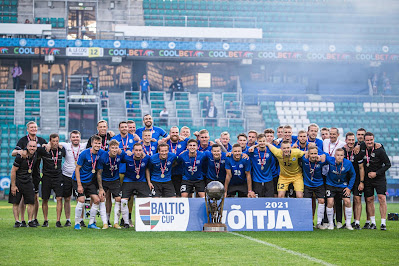 Estonia's team from 1938.
The men's national football team is on a hot streak at the moment, they have won three consecutive games for the first time since 2017. Excellent!
Posted by Tania Lestal