My 2021 summer holiday to Estonia

A trip to Estonia has been long overdue so when my brother suggested we should go in August I was only too pleased to accept. We have both been to Estonia many times before but never together and so I was keen to create some new memories. We spent three fun filled days together in Tallinn before I set off to Haapsalu and then Hiiumaa. 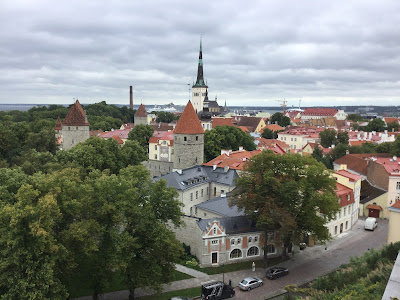 I haven't flown anywhere during the past two years because of the coronavirus pandemic and I was concerned about airport delays before my departure. To my relief everything ran smoothly, I encountered no problems. Even at Tallinn airport I was expecting some kind of inspection of vaccination documents but there were none, I simply walked through arrivals as usual. My only complaint was the weather, it rained on and off most of the time I was there. Apparently this August was one of the wettest and coolest in years. 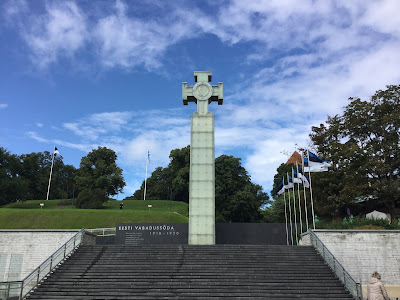 One thing I like to do each time I visit Tallinn is to walk around and see what has changed. This time I noticed that the Kaubamaja supermarket has closed down and a new Prisma has opened up not far from Viru Gate.  When I visited the Apollo bookshop I was surprised that they were no longer accepting cash payments, only cards and when I took a look at the Coca Cola cinema, the ticket booth was gone, replaced with a row of ticketing machines. It seems a lot has changed since I was last in Tallinn three years ago. When it came to dining, most of my favourites were still there but some restaurants had disappeared with several new Indian ones in their place. That really took me by surprise because I counted at least four.
Whenever I'm in Tallinn I'm always on the lookout for new experiences but I also like to visit my favourite places too. Coffee and cake at Maiasmokk is always a must. I like going there knowing my grandparents went there in their youth. I also like walking up to Toompea and buying stamps at the old post office there and invariably I walk through the the door of the Raeapteek. 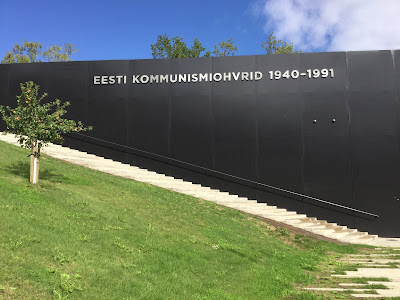 A place I've wanted to visit for quite some time now is the Memorial to the Victims of Communism in Maarjamäe. It's easy to get to, just drive towards Pirita and you will see it on the right. 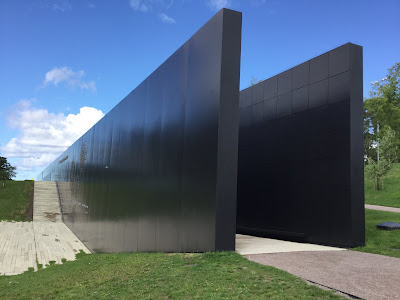 Several members of my family died as a result of Soviet terror and I wanted
to see their names on the wall and pay my respects. 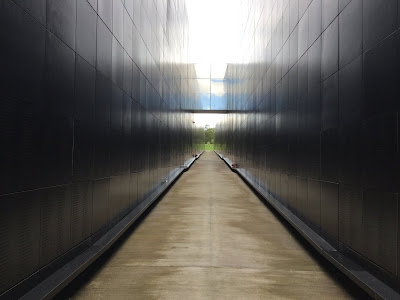 Estonia lost a fifth of its population due to the Soviet occupation.
So many people perished, many of whom are in unmarked graves. 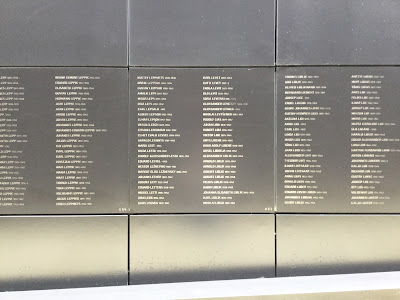 The Electronic Memorial can help you find family names in the database. 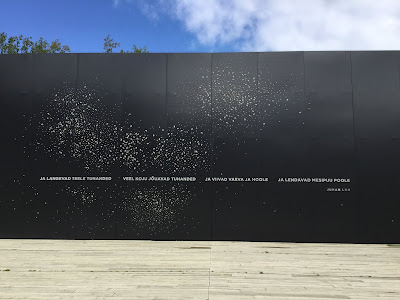 The memorial is a very impressive structure that needed to be build. 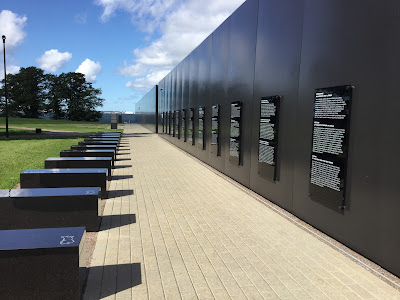 Over 75,000 people from Estonia were murdered, imprisoned or deported by the Soviets
The Memorial to the victims of communism is dedicated to all of them.
Afterwards, we made a brief stop at Pirita. 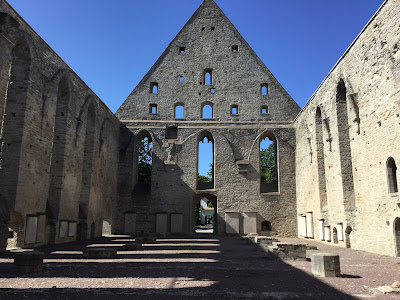 The ruins of Bridgettine Convent in Pirita. 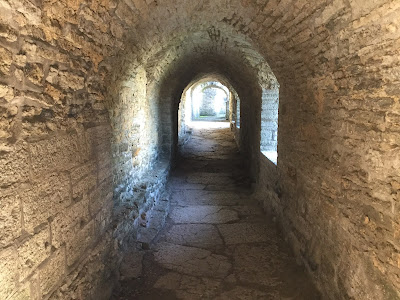 The convent was destroyed in 1577 and has been a place of fascination ever since. 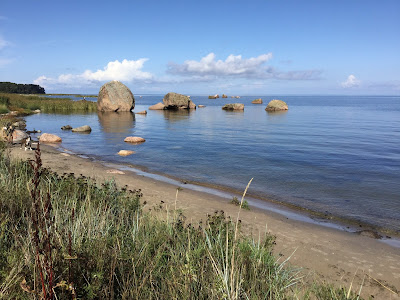 It's always nice to visit Käsmu and take a dip in the Baltic Sea. 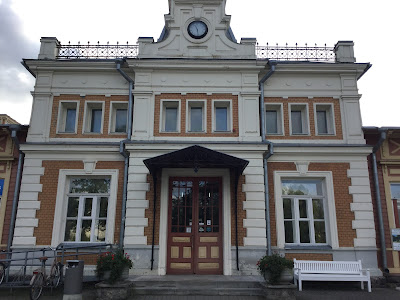 After my five days in Tallinn I travelled on to Haapsalu. I have never been there before and discovered it to be quite a sleepy town, with few people around during the day. During the weekend the streets become livelier.

Haapsalu is famous for its old railway station. It was built in 1904 and is known for is long 216 metre platform. 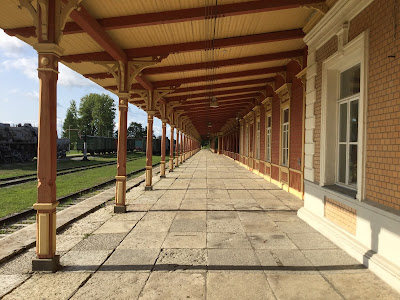 Many Russian Tzars have visited Haapsalu by train. They had a separate arrivals pavillion. 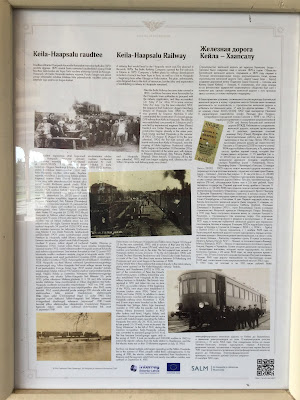 The history of Haapsalu station. 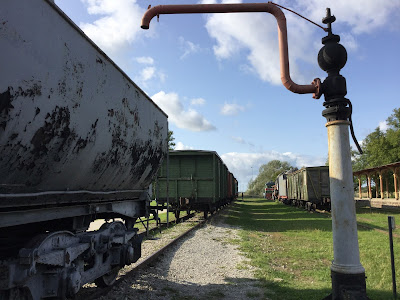 Today Haapsalu station is inactive but a museum of sorts, dedicated to old relics. 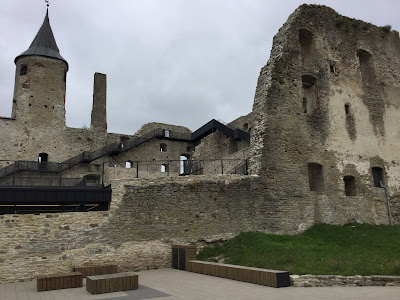 One of the main tourist attractions in Haapsalu is the Haapsalu Episcopal Castle. Construction began in the 13th century to create the residence of the Bishopric of Ösel–Wiek and continued for the next three hundred years. Up until the 17th century the Swedes used the castle as a defensive stronghold but after Estonia fell to Russia during the Great Northern War, Peter the Great partially demolished the castle wall and it fell into ruin. Today, the castle houses a museum. 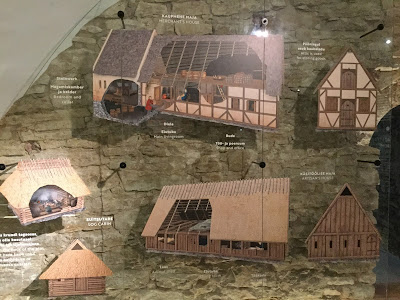 When the castle was operational it would have thrived with activity.
Many Bishops ruled here over the centuries and hundreds of people were employed. 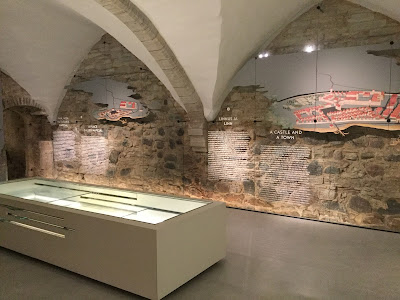 Many of the castle rooms have been restored. 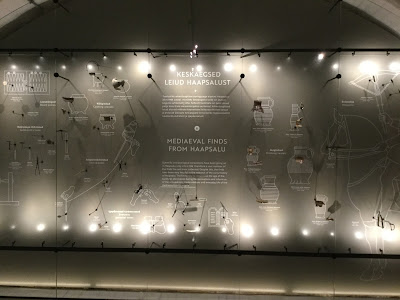 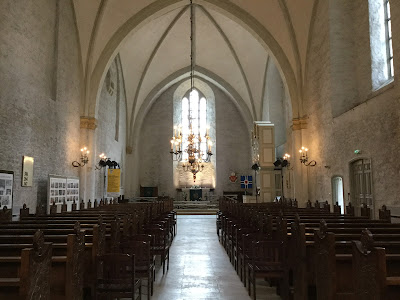 St. Nicholas Cathedral. The Bishop of Ösel-Wiek had his throne here. 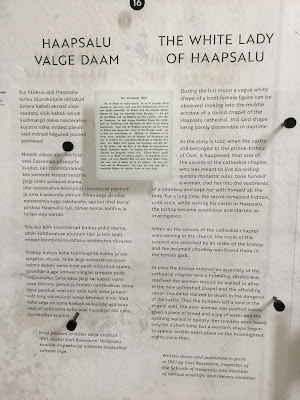 Legend of the White Lady.
To learn about any new place, a trip to the local museum is alway worth a visit. I found Haapsalu Town Hall Museum quite interesting. 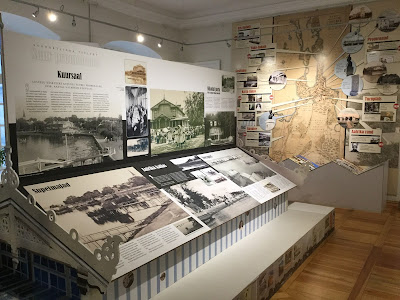 Many famous people have passed through Haapsalu over the years including Pjotr Tsalkovski, Lord Mountbatten and Phillip Jakob Karell. 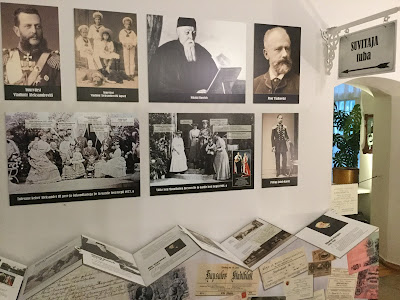 Example of an 18th century home. 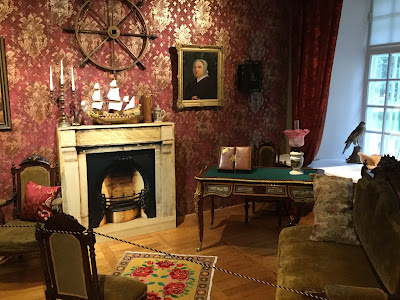 Haapsalu has many traditional wooden houses that have been there for hundreds of years. They are typically build close to the road with no front garden. This house located at Ruutli 4 is over 300 years old and Peter the Great stayed there in 1715. 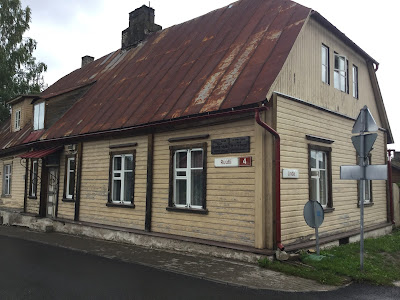 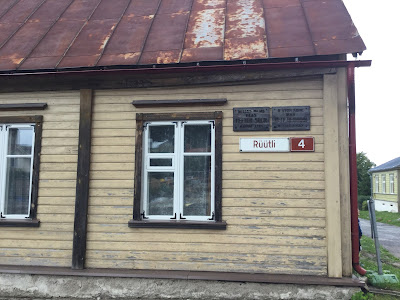 Haapsalu used to have a thriving Swedish population but they were forced out during different periods in history. The Coastal Swedish Museum in Haapsalu is dedicated to the Coastal Swedes who used to call Estonia home. 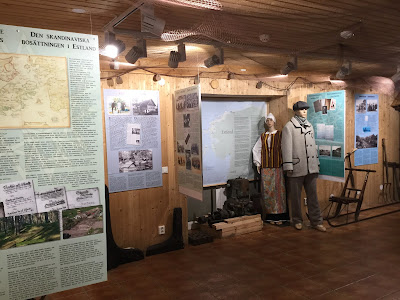 There was not a unified Estonian-Swedish dialect, but several. 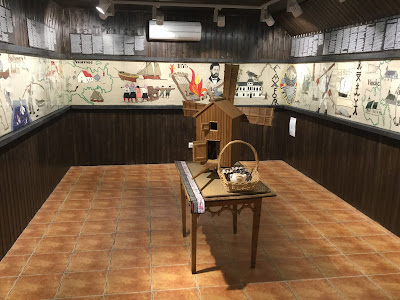 More information can be found on their website.
Coastal Swedish Museum
After my nice stay in Haapsalu, I left the Estonian mainland and caught the ferry over to  Hiiumaa. As Estonia's second largest island, I have always been curious about Hiiumaa but never ventured over. The ferry service to Hiiumaa departs twelves times a day from Rohuküla, near Haapsalu and takes 75 minutes. I found the crossing over to be very pleasant, the vessel was modern, clean, with everything you need. 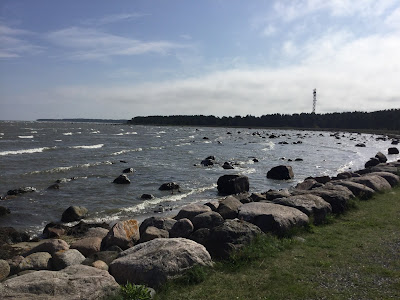 I spent four very relaxing days in Hiiumaa but I will tell you all about that in my next blog post.
Posted by Tania Lestal