It's mushroom season in Estonia

One thing I noticed when I first visited Estonia in 2003 is that Estonians love their mushrooms. As I drove through the countryside, I saw no-one for miles yet at times I would come across a car parked by the side of the road and see a figure in the forest, bucket in hand, searching for mushroom. In time I learned Estonians have their favourite spots to pick mushrooms and they return year after year.
During me recent trip to Estonia I spent five days on the island of Hiiumaa and was regularly in the forest. I saw many different species of mushroom, ranging from the most sought after to the most deadly. I'm no expert on mushooms but I follow the rule, 'if I don't know, I don't touch.' 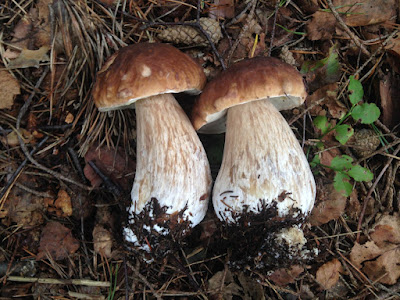 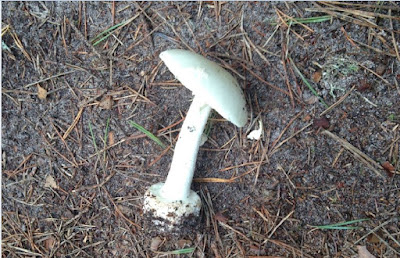 The death cap
If you eat this mushroom you will become violently sick then die from liver failure.
It is recommended not even to touch this mushroom with your bare hand as it is extreemly toxic.
Avoid, avoid, avoid.
Posted by Tania Lestal