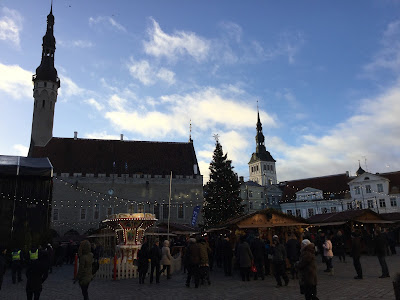 I spent a lovely Christmas Day in Tallinn this year. The sky was blue and the weather wasn't too chilly, a perfect day to be out and about.  After last night's Christmas celebrations, Estonians and visitors began to re-emerge in the streets again and were busy enjoying themselves in nearby restaurants and cafes. Yesterday when I visited Maiasmokk Cafe it was virtually empty but today it was hard to find a table. It's such a charming old cafe that it's no wonder why customers keep flowing through its doors.

Tallinn's Christmas market was buzzing with activity today. At noon children were queuing to visit Santa (Jõuluvana) in his cottage, and on the nearby stage Estonian children dressed in national costumes were dancing to folk songs. It was such a delightful sight with a wonderful atmosphere. 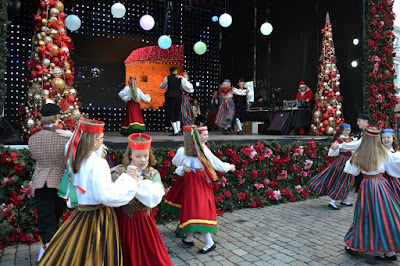 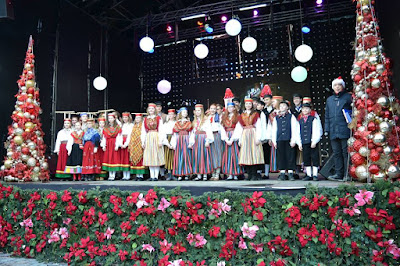 One of the highlights of the day was the Christmas concert held in St. Nicholas Church.  Even though I was staying only metres from the location, I watched the live broadcast on ETV. I particularly liked the traditional songs that are usually sung in English but the lyrics were changed to Estonian. The concert was part of a fundraising event and by 10pm I was delighted to see that the amount raised had climbed to 189,000 €.