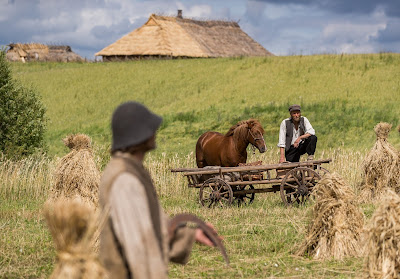 If you love Anton Hansen Tammsaare's epic work Truth & Justice then you'll be pleased to know that a new film version is currently being filmed in Mõniste Municipality, south-eastern Estonia. The film is based on volume one of the five book series that was originally published in 1926.

The cast of the film adaptation includes Priit Loog as Andres, Priit Võigemast as Pearu, Maiken Schmidt as Krõõt, Ester Kuntu as Mari and Simeoni Sundja as Juss.

"Truth and Justice" is scheduled to premiere in February 2019.