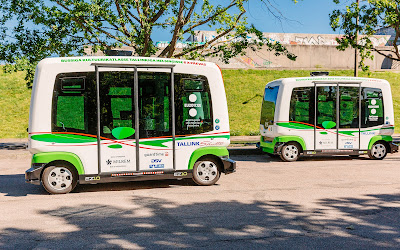 Introduced as part of the Estonian presidency of the Council of the EU, Easymile driverless buses began operating a limited route in Central Tallinn just after noon on Saturday. The buses are free to use and available between the Mere puiestee (Mere Avenue) stop and Tallinn Creative Hub. Operating hours are from 8:30 a.m - 5:30 p.m, Monday to Saturday. The trial shuttles are scheduled to remain in service through to the end of August and then will be returned to France. During the first three days of operation, the buses had a few close calls but nothing that required an emergency response.