The Estonian War of Independence (1918 - 1920) saw many patriotic young men band together and take up arms to liberate their beloved Estonia. The Estonian Army consisted purely of volunteers and also received assistance from Finland and the United Kingdom.  Many brave boys also fought in the war, often following in their older brothers' footsteps, wanting to prove they could make a difference. As the war progressed, the number of Estonian volunteers steadily grew. In early 1919 the Estonian Army had approximately 15,000 men. That number rose to 75,000 and then 90,000 by the year's end.

Men from all walks of life fought in the Estonian War of Independence and many heroes emerged among them. One such man was schoolteacher Julius Kuperjanov. 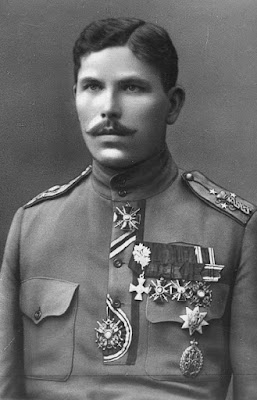 Julius Kuperjanov was born in the Pskov Governorate in 1894. His Estonian parents were working in Russia at the time of his birth and had Russified their surname from Kupper to Kuperjanov. When they returned to Estonia, they decided to keep the name.

Kuperjanov graduated from the Teachers’ College in Tartu in 1914 and taught in the village of Kambja. In 1915 he was conscripted into the Russian army and completed the School of Ensigns. During World War I Kuperjanov served as head of the infantry regiment’s scout commando. In November 1918 he was appointed as head of the Defence League in Tartu county.

Shortly after the Estonian War of Independence began, Kuperjanov assembled a battalion which took his name – the Kuperjanov Partisan Battalion. Students were among the first to join.  He led many successful campaigns and stood out for his bravery and energetic spirit. As a leader he demanded strict discipline from his men, not even allowing them to drink alcohol or play cards.

On the 14th of January 1919, Julius Kuperjanov was among the liberators of Tartu. Unfortunately he was fatally wounded a few weeks later after leading an attack during the decisive Battle of Paju. At the war's end Kuperjanov was declared a national hero for his bravery and self-sacrifice. He was posthumously awarded the Cross of Liberty (VR II/2 and II/3).and has a battalion of the Estonian Army named after him. 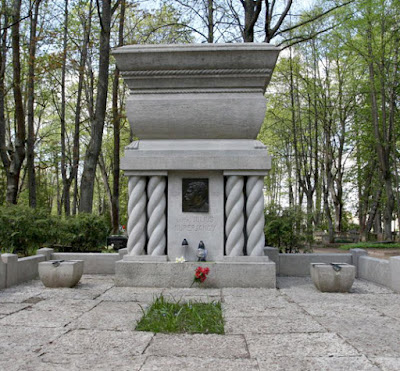 Julius Kuperjanov's tomb at Raadi cemetery in Tartu was one of the few War of Independence monuments to survive the Soviet occupation. It still stands today.

In 2009 a postage stamp was released in Kuperjanov's honour, marking the 90th anniversary of the Battle of Paju. 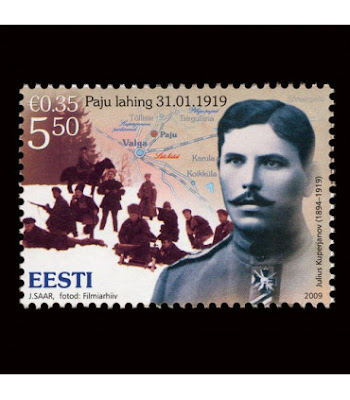