The role of armoured trains during the Estonian War of Independence

Today I am going to write about Estonia's armoured trains as they played a significant role in the Estonian War of Independence. I am proud to say that my great-great uncle Paul Lesthal was a machine gunner in the armoured train division and was promoted to the rank of sub-captain by the end of the war. In February 1920 Paul gave a lecture in Tallinn on the armoured trains used during the war. 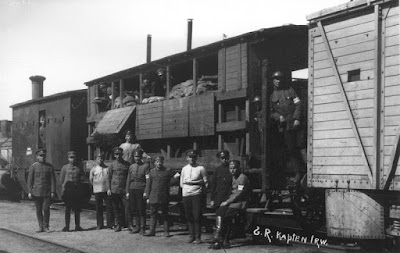 Armoured trains were used from the very beginning of the Estonian War of Independence. They were previously used during World War I, demonstrating that they could move troops around quickly and get them to safety if required.


The first Estonian armoured train set off for the front in late November 1918, the next two in December. In 1919 another ten Estonian trains reached the front. During the war, a total of 6 broad-gauge and 7 narrow-gauge armoured trains were built in Estonia.  The advantages of armoured trains were not just their speed compared to road transport, but also their fire power. They transported large-calibre, long-range fieldguns together with essential supplies.

Initially the design of the armoured trains was very simple. The designs were based on goods carriages and, until spring 1919, their ‘armour’ consisted of just wood and sand.  The carriages were later covered with steel and equipped with artillery and machine guns. 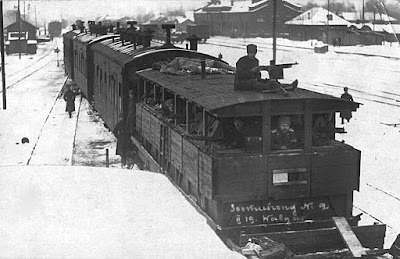 Leading the armoured train divsion was Captain Anton Irv and Karl Parts. Both men were highly driven and had gained military experience during World War I. Irv and Parts led a highly motivated team and the efficiency of the armoured trains formed the backbone of the front during the war.

In early January 1919 the Red Army managed to conquer about half of mainland Estonia. Only about 30 km separated them from Tallinn. Fortunately things suddenly changed for the better on January 7 when the restructued Estonian Army and Finnish volunteers launched a counteroffensive. In about three weeks all of Estonia's territory was liberated from the Bolsheviks. The highly motivated armoured train crews and the battalion of Julius Kuperjanov played a significant role in this success. 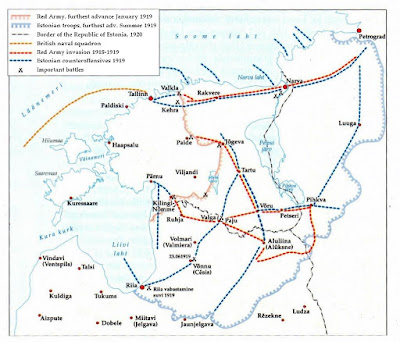 The first armoured trains and the Kuperjanov battalion can certainly be considered the best Estonian army units during the Estonian War of Independence.