It's National Flag Day in Estonia today. The blue, black and white flag was first consecrated as the flag of the Estonian Student Society in Otepää on June 4th 1884. After independence was declared in 1918 the flag became the national symbol of Estonia and was first raised atop of Pikk Hermann Tower in Tallinn on December 12th 1918. The original flag is preserved in the Estonian National Museum. 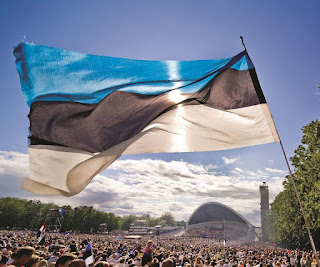