Top Ten Things To Do in Tallinn

Tallinn is one of those cities you can enjoy all year round. Whether its the long summer days that take your pleasure or the winter wonderland of a medieval city covered in snow. Tallinn won't leave you disappointed. This vibrant and culturally rich city is brimming with fascinating historical sites just waiting for you to explore. A visit to the Old Town of course is a must, the enchanting 13th century gothic architecture looks like it comes straight out of a fairytale book and is sure to delight both young and old. With a plethora of things to choice from, here are ten things not to be missed in Tallinn!


1. Kiek in de Kok Museum & Bastion Tunnels
Once an artillery tower and used as a bomb shelter during WWII, Kiek in de Kok is now a museum highlighting the birth and evolution of Tallinn. Below the tower features the bastion passageways, a series of limestone tunnels built to conceal the movement of soldiers.
http://linnamuuseum.ee/kok/en/ 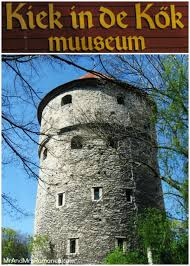 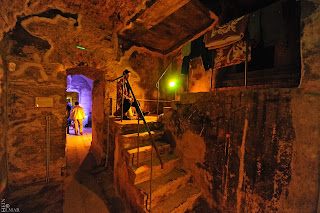 2. St. Olaf's Church
Built in the 12th century St.Olaf's Church was once considered the tallest building in the world, Standing at 123.7 meters high, it provides an excellent vantage point overlooking Tallinn. It is believed that the church  has been hit by lightning at least ten times and has been burnt down three times. The most recent renovation were completed earlier this year.
http://www.oleviste.ee/ 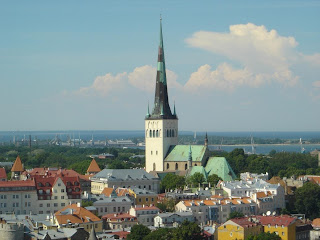 3. Song Festival Grounds
This spectacular stadium, that can hold 15,000 singers is the venue where the Singing Revolution began in 1988. Thousands of people gathered here to sing banned patriotic hymms which precipitated the toppling of Soviet rule. Today, international acts perform concerts here and of course the Estonian Song Festival takes place in the venue every five years.
http://www.lauluvaljak.ee/ 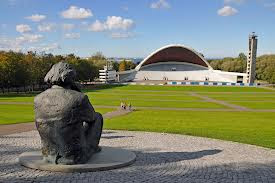 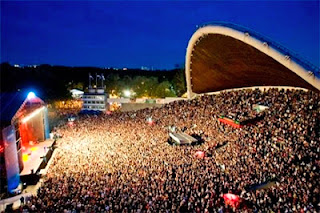 4. Estonian Open Air Museum
This reconstructed rural village is only a short drive away from Tallinn's city centre and is a must see. It features twelve farms, a tavern, school, church, fire station, windmills and watermills. It offers a great insight into old Estonian life.
http://www.evm.ee/keel/eng/ 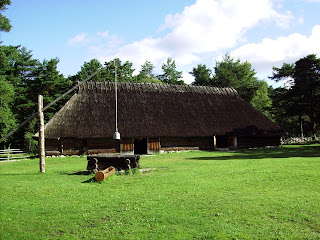 5. The KGB Museum
Located on the 23rd floor in the Viru hotel, this former secret KGB radio operations centre was discovered only in 1994 - three years after the KGB had left! The hidden rooms were used to eavesdrop and spy on hotel guests with approximately 60 rooms hooked up to radio equipment. The spies must have left in a hurry for everything on display remains as it was the day they left - cigerette butts and all!

Viewing of these secret rooms can be made via booking a tour with the Viru Hotel in your preffered language.
http://www.sokoshotels.fi/en/hotels/ 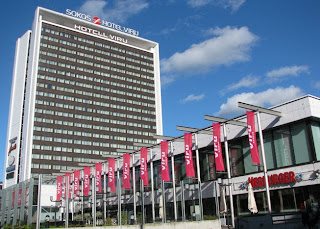 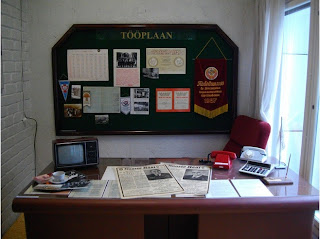 6. The Raeapteek (Town Hall  Pharmacy)
Located at Raekoja Plats 11 The Raeapteek is one of the oldest continuously running pharmacies in Europe.  Since the day it opened in 1422 it has been operating in the same building in the Town Hall Square. My great grandfather Alexander Otto Lesthal studied to be a pharmacist here and when I recevied a copy of his graduation diploma recently I was surprised to find that it wasn't written in Estonian, German or Russian but in Latin.  The Raeapteek welcomes guests who wish to view a bit of Estonian history.
http://www.raeapteek.ee/welcome-to-the-homepage-of-town-halls-pharmacy?lang=en 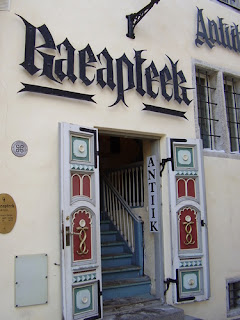 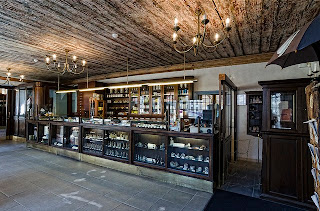 7. Katusekino
For a night on top of the town (literally!) why not spend an evening at Tallinn's rooftop cinema? Located on top of the Viru shopping centre it features a massive inflatable screen with 300 deckchairs for viewers to sit and relax under the stars. Great on a summers night!
http://www.katusekino.ee/en/ 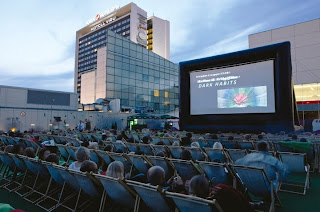 8. Maiasmokk Cafe
If you're like me and have a sweet tooth, you would love this place. Maiasmokk (Estonian for sweet tooth) is the oldest and most famous cafe in Tallinn. It has been operating since 1864 and still retains its delighful pre-war interiors.  One of the things Maiasmokk used to be most famous for was their charming mazipan window displays. Today, Maiasmokk is a great place to stop and relax and to enjoy one of their termpting cakes or pastries.
http://www.kalev.eu/en/maiasmokk-cafe/cafe

9. Kadriorg
Built by Peter the Great in 1718 for his wffe Catherine I, Kadriorg is one of the most splendid buildings in all of Tallinn. The estate is renowned for its baroque architecture, beautiful parkland and Japanese garden. Today, many museums are located here including the Kadriorg Art Museum, Mikkel Museum as well as ones dedicated to acclaimed Estonian writers A.H. Tammsaare and Eduard Vilde.
http://www.kadriorumuuseum.ee/en/ 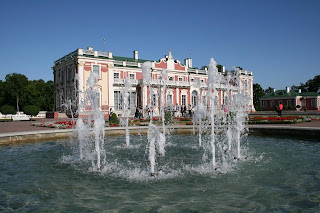 10. Balti Jaama Turg
This Russian market is a must for anyone looking for a bargain or a bit of old Soviet memorabilia. Located just behind the Tallinn railway station, the markets are open every day and offer everything from food, clothing, second hand household goods and spare parts. A real gem of a market - you never know what you may find! 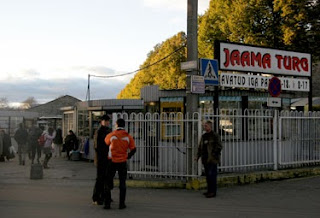