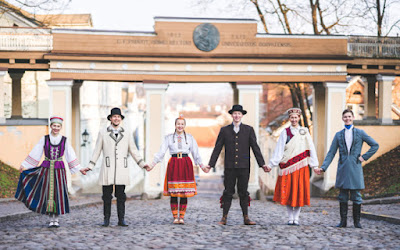 Following a 12-year absence, the 18th Baltic Students' Song and Dance Festival "Gaudeamus" is set to return to Estonia's university town of Tartu just in time for Midsummer, bringing with it over 4,000 performers from across Estonia, Latvia and Lithuania.

The three-day festival will kick off on 22 June with a public performance of Carl Orff's "Carmina Burana" on the banks of the Emajõgi River, reported daily Postimees.

On Midsummer's Eve, 23 June, the festival will continue with a late-night dance festival at Tamme Stadium, with a program combining folk and modern dance.

On Midsummer's Day, 24 June, the main focus will be on the song festival at the Tartu Song Festival Grounds, which will feature men's, women's and mixed choirs from all three Baltic countries.

The entire program this year, which includes additional free, public shows and performances throughout the city, is focused on the summer equinox and will feature elements of ancient and modern Midsummer traditions alike from Estonia, Latvia and Lithuania.