May hottest in Estonia in over half a century - ERR NEWS 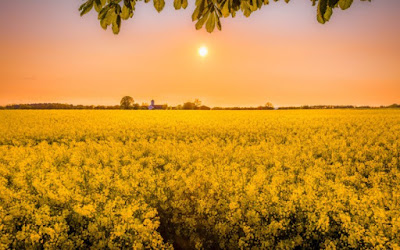 Now that May has finished it has been officially confirmed as the hottest in Estonia for at least fifty years.

The outstandingly warm temperatures were caused by an unusual flow of air from west to east, which separated the colder air in arctic regions from the warmer air characteristic of lower latitudes.

Usually at this time of year low pressure areas from the Atlantic move into Estonia, bringing damper, windier and less sunny conditions than has been the case.

This year however that system is moving at higher latitudes than normal, and northern Europe has been dominated by blocking high pressure areas of warm air. In a further inversion of the norm, southern and eastern parts of Europe have been experiencing low pressure areas, with thunderstorms and even hail in places.

The situation is forecast to continue through June as well, with blocking high pressure areas keeping average temperatures three to five degrees higher than normal for the time of year.

Whilst welcome in most quarters, the record-breaking May weather means there is a greater fire hazard in forested areas than is usual.

Source: ERR News May hottest in Estonia in over half a century