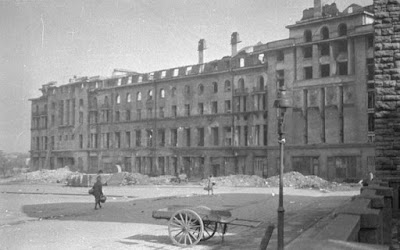 On the 9th of March 1944, Soviet air forces dropped 3,068 bombs on the city of Tallinn after saboteurs had blown up the fire brigades' pumping stations. Fighting the fires proved to be near to impossible leaving the city in ruins. 757 people were killed immediately in the raid, 659 were injured and more than 20,000 people lost their homes. Three days earlier the Soviets completely annihilated the city of Narva, its beauty lost forever.

On Saturday night the churches of Tallinn rang their bells at 7.15 p.m. which was the time when the bombing began on 9th March 1944.