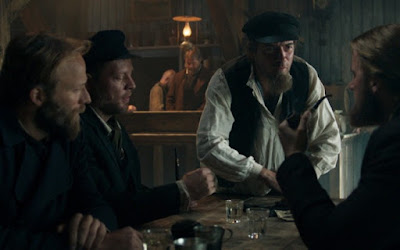 In celebration of the Republic of Estonia's centennary, a new film version of Tammsaare's "Truth and Justice" was produced. The film was released in cinemas on February 22 and has set a new record. It is now officially the most watched film in Estonia since the country regained its independence in 1991.

During the four week period after the films release the total cinema attendance was 205,595. This figure has eclipsed the previous all-time record held by James Cameron's "Avatar," which saw cinema attendance in Estonia at 194,327.

According to film production company Allfilm, 51,239 people saw "Truth and Justice" in cinemas during its opening weekend. That number rose to 90,550 in the first week.

"Truth and Justice" was written and directed by Tanel Toom as still screening across Estonia. No doubt Estonians living abroad are eager to purchase the DVD.