NOBE: The first electric car made in Estonia

Nobe set out with a mission - to make electric cars cool. They believe mainstream cars have become too soulless, common and mundane. So two years ago they set out to build a modern classic. They wanted to build a car that would make everyone stop and look – in the exact same way that everyone stops and looks at an old VW Beetle and get that warm feeling inside. Nobe designers also wanted to build a car that was both agile and practical as well as easy to park and fun to drive. 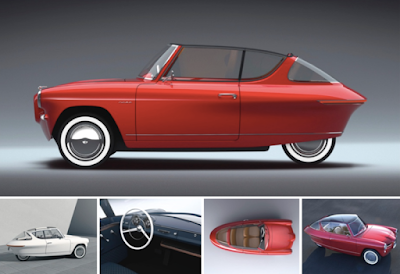 Car features:
Nobe cars are delightfully retro in its styling inside and out. The three-wheeled Nobe has a 137-mile range and an easily maneuverable compact teardrop shape. They are produced with recycled and recyclable parts and has a removable roof to let in the sun. Nobe currently has two models available - the Nobe 100 and the Nobe 100 GT.

For more information, please refer to their website: https://mynobe.com/