In celebration of the 150th anniversary of the Estonian Song Festival a special commemorative coin and stamp has been released. Both items can be purchased individually or in a gift pack. 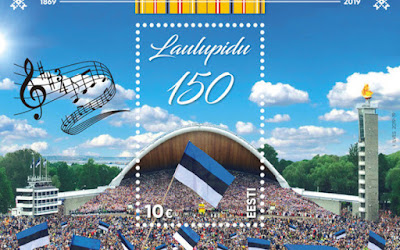 The stamp was designed by Indrek Ilves who said the stamp block depicts the Tallinn Song Festival Grounds that are familiar to all of us. "This place is a symbol that every Estonian knows and has played an important role in the restoration of our country's independence and culture'.

The stamp can be purchased here: https://pood.omniva.ee/en/ 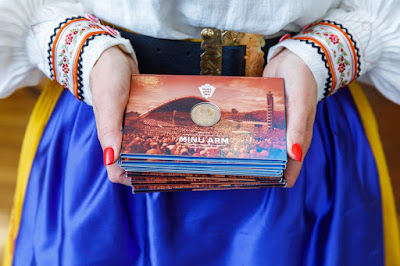 Yesterday the commemorative coin went on sale at a special event held in the Independence Hall of Eesti Pank.  A total of one million coins will be issued and placed in circulation. More information can be found here: Eesti Pank is opening its doors to sell the Song Celebration coin