As an Estonian-Australian living abroad it fills me with great sadness each time I read the news for updates on the Australian bushfires. The fires are at an all-time catastrophic level, never seen before in Australia with no signs of relenting anytime soon. In some areas the flames reach 70 metres high, that's higher than the tallest point on the Sydney Opera House. 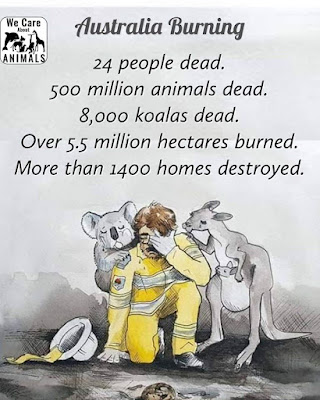 Due to the current situation, the Estonian Embassy in Canberra has temporarily relocated to Sydney and the Estonian government has pledged €50,000 to the Australian Red Cross to help the victims.

The number of native animals who have perished in the bushfires is absolutely staggering. The state of New South Wales has lost one third of its koala population with more deaths expected due to a lack of food. My heart truly goes out to these koalas who don't have the physical ability to escape in time. Great efforts are underway to rescue injured koalas and the Port Macquarie Koala Hospital is doing a great job. 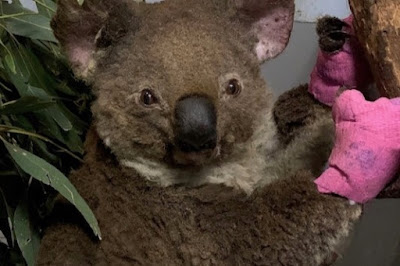 A fundraising campaign is open to help those koalas in need. You can help by clicking on the link: Help Thirsty Koalas Devastated by Recent Fires