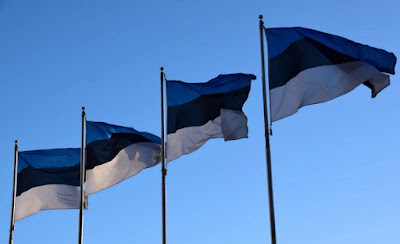 100 years ago today at 10.30am the ceasefire in the War of Independence between Estonia and Soviet Russia came into effect.

Today we commemorate those who fought and gave their lives for Estonia's freedom. At 10.30 a.m., those heroes were honoured over the course of 100 seconds of silence, when the bells of every church in Estonia rang, train whistles blew, and ships horns sounded. Candles were also lit and wreaths were laid at all memorials associated with the War of Independence across Estonia.
Posted by Tania Lestal